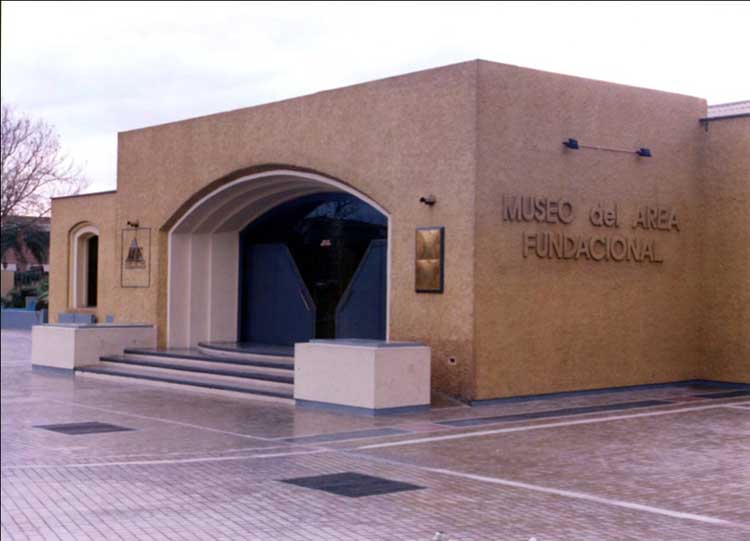 The city of Mendoza is divided into four very distinct, attractive, and inviting sectors: the Foundation Area, the Microcenter (main commercial area), the Civic District, and the General San Martin Park.

It is the site where the city of Mendoza was founded on March 2, 1561, at the current Plaza Pedro del Castillo. By that time, in its surroundings, there used to be the civic, religious and social activities, until 1861, when an earthquake completely destroyed the city. The only remaining of this catastrophe is the Ruins of St. Francis church, what used to be the Jesuits temple, until their expulsion in 1767. After the earthquake, the City was rebuilt around the actual Independence Square.

El Paseo Alameda, the social and cultural activity center, acquired its importance during the government and direction of General San Martin in Cuyo from 1814 to 1816. It was planned on the shores of the stream Tajamar, which was channelled and distributed water coming from the snow and ice melting, and nowadays, offers a variety of cuisine, and areas where the Culture of Mendoza arises.

The main attractions in this area are:

*The Loreto Cathedral
Facing the Plaza Domingo Faustino Sarmiento is the Cathedral of Mendoza, much appreciated by the stained glass windows of its vestry, described as the most valuable religious art pieces in the province. These are old pieces brought from France by the first bishop of Mendoza.

*The Municipal Aquarium
It was inaugurated on May 25, 1945, and was the first of Argentina. It hosts species of freshwater and seawater, and its attractiveness turtle “Jorge” which is 95 years old.

*The Snake House
It brings together a collection of live snakes and lizards such as anacondas, rattle snakes, boas, yararás, fake coral snakes, pythons, among others.

*The Bernardo O’Higgins Park
In this park there is the theatre “Gabriela Mistral”, and there are children’s games. It is located parallel to the Canal Cacique Guaymallén.

*The Foundation Area Museum
Its striking structure houses relics of Mendoza history, such as the ruins of the Town Hall or Cabildo in 1749, the colonial water fountain or the slaughterhouse water fountain in 1877. There are guided tours to the museum and to the underground chamber.

*The Ruins of St. Francis
They are the remnants -survivors of the 1861 earthquake – of the temple that once housed the image of the Virgen del Carmen de Cuyo. The church was built in the seventeenth century and belonged to the order of the Jesuits until their expulsion in 1767. Here the Flag of the Andes was blessed and pledged for the first time.

*The Paseo Alameda
The origin of its name lies on the fact that one day General San Martin decided to have a line of poplars trees planted in this boulevard. Recently remodelled, the margins of Canal Tajamar, offers pubs, bars with important cultural activity and its picturesque flower stalls.

*The Historical Museum General San Martín
It is located on the historic mansion on the Alameda that belonged to General San Martín. There are documents and objects which belonged to the General and his wife. In addition, there are weapons and uniforms of the Liberation Army, from the Desert Campaign, and from the Malvinas War. It is also important to notice the San Martín Public Library, established in 1822, and whose foundation was associated to the “Father of the Nation” -who donated 700 books- and the spirit of enlightenment that had had great influence.