You are here: Mendoza » Sin categoría » Access and transportation 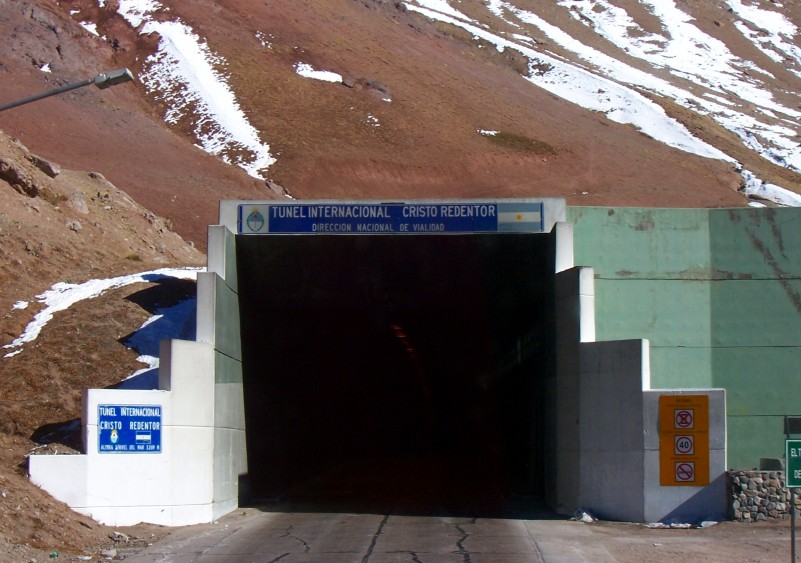 Mendoza shares its Western border with the Republic of Chile, with the Chilean capital, Santiago being 360 kilometres away and the distance to Buenos Aires being 1,080 kilometres.
You can access aerially through “Francisco Gabrielli” International Airport, located 20 minutes from the Capital City, and two air stations located 250 km. Malargue and San Rafael. The airlines alternatives are:

In terrestrially: through the international bus terminal “Terminal del Sol”. The main lines coming from Capital Federal (Argentina) and Santiago de Chile, as well as from the south region: San Rafael and General Alvear.

Also can be accessed by car:
* From north to south on National Route No. 40 beginning in the province of San Juan. Thus we can get from:
Salta and Jujuy: first taking the RN N°9 until you reach the junction with RN N °38. Continue this until RP N°27 in La Rioja, then we proceed by RP N°28 of the same province, followed by RP N°29, take RN N°141, then continue on RN N°20, and finally RN N°40 to access Mendoza.
Tucumán, Catamarca and La Rioja: we start by RN N°38 to the junction with RN N°27 and follow road signs as mentioned above.
Chaco, Formosa and Santa Fe: we begin the tour in RN N°11, continue on RN N°19, then RN N°20, and after that RN N°142, and then the RP N°34 belonging to the province of Mendoza to complete the trip by RN N°40 that allows us to reach the capital of that province.
Santiago del Estero: we must first pass through RN N°64, then RN N°157, thence continue along RN N°79, RN N°141 and finally journeyed by RP N°20 to finish at RN N°40.
Misiones, Corrientes and Entre Rios: take RN N°12 then RN N°168, we continue on RN N°19, continue on RN N° 20,  RN N°142, then journeyed by RP N°34 of Mendoza and RN N°40.
Cordoba: accessed from RN N°20 and continuing as directed above.
* From east to west along RN N°7 crosses the entire country from Buenos Aires, crossing the provinces of Santa Fe, San Luis and La Pampa. The entrance is through arch Drainage, in the Department of La Paz, and thus begins the journey by the Region of Lands with history, including addition of La Paz, the departments of Santa Rosa, Junín, Rivadavia and San Martín.
* From west to east, directly by International Route No. 7 which comes from Santiago de Chile.
* Finally for those coming from the South, they can also be accessed by National Road N°40 or National Road N°7 depending on the way they coming from:
Andean Patagonia: the journey begins on RN N°40, followed by RN N°258 to reach RN N°237 and then along RN N°22 and RN N°151, continues for RN N°143 and finally the RN N°40 that leads to the destination.
Atlantic Patagonia: starts at RN N°3, continue on RN N°251 up to RN N°22. Then followed by RN N°154 and RN N°35, which leads directly to the RN N°7 ending in Mendoza.

Public transport runs from 6 to 01 am..
The passage, either bus, trolley or metrovia, is paid through a machine located inside each vehicle, which only receives coins and not give back. Another form of payment is by Redbus card, which is purchased in kioskos and shops enabled. (Consult in the bus station or enter in http://transporte.mendoza.gov.ar/carga-redbus.php)

Urban Shopping Trolley: it is a mean of public transportation which has a fixed route and circulates around the four main avenues of the city (San Martin, Colón, Belgrano and Las Heras). It operates between 8am and 22pm, going every 15 minutes in each block, so users, paying a single passage, can make the circuit in which they can enjoy an entertaining walk around town while they shop where they wish to buy something. The entire circuit is about 25 minutes.
The units feature a colorful design that resemble trams circulating in Mendoza in the 60s, with wooden seats, bell and a driver dressing typical attire of the era. A pleasing experience to consider during your stay in Mendoza.

Metrotranvía: A mean of modern, fast, efficient and sustainable transport which helps to rationalize the use of urban public space; reducing noise pollution and the emission of toxic gases. Currently joins Maipú and City through 15 stations on 12.5 km length of the trace.

Transshipment: A benefit for public transport users in which they can combine two routes (bus, trolley or Metrotranvía) to reach destination by paying a single passage. How does it work?
1. Going up to the unit, the person must register his or her payment using the Red Bus card, when aboard the second bus, he must reregister the operation, but will not charge the second passage. The method of payment is always with Red Bus.
2. This benefit has a period of 90 minutes, from the time that records the first operation.
3. The ticket is the highest rate in effect for both services and relevant discount rates on fertilizers will remain.