You are here: Mendoza » Sin categoría » Location and climate 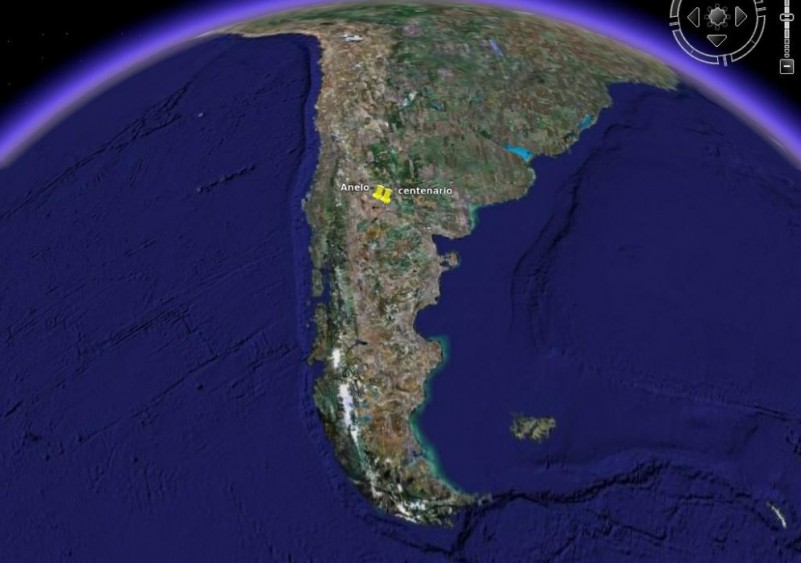 Mendoza is one of the twenty four federal states making up the Argentine Republic and it is divided into eighteen departments each with their own political and administrative powers. The Provincial Capital is Mendoza City and the second most important city is San Rafael, the regional centre in the Southern part of the Province. Mendoza is located in Western Argentina, 32 and 38 degrees latitude South and 66 degrees, 30’ and 70 degrees, 30’ longitude West.
According to the 2010 census, the province had 1,741,610 people.The average population growth is around 10,6% per annum. The population is mostly concentrated in the Greater Mendoza and environs, meaning the five departments around the capital city with 1.086.000 people. San Rafael is the second largest population concentration with over 188,018 inhabitants, 232 kilometres from the provincial capital. Mendoza covers an area of 150,839 square kilometres, a territory mainly made up of mountains and valleys. Mount Aconcagua, standing 6,962 meters above sea level is located in the Western part of the province.
Mendoza used to be just an oasis, but, the hand of Man maximized the use of water carried by the mountain rivers and managed to impulse the development of agriculture.

The relief of Mendoza has three distinct geographical areas:

To the west we can find the Andean highlands occupying almost the entire province. This zone can be subdivided by the existence of valleys, on three ranges with different characteristics:
* The Main Range height decreasing from north to south, forms the border with Chile and homes the Andes Mountains, the highest peak in South America with 6,960 m and Tupungato Hills with 6,800 m, among others. Their summits are always white by the presence of ancient glaciers and winter snow that, during the summer the heat melts them, increasing the flow of the rivers which carry waters to the plains.
* The Front Range with altitudes ranging between 5000 and 6000 meters, is located at the east of the Main Range where the most distinctive mountain is the Cordón del Plata.
* The Precordillera with a maximum altitude of 3452 meters at the Pelado Hill, is located at the south of the Front Range, divided from it by the valley of Uspallata.

To the east are the plains, arid flatness of desert vegetation and dunes. Through it flow the Mendoza, Tunuyán, Diamond and Atuel rivers used for irrigation of North and South oasis.

And finally the south of the province, where the relief is more complex. It is a plateau characterized by the presence of tableland, sierras and volcanoes, Patagonia own morphological forms. Thus we can find the famous Llancanelo Lagoon with salt and bathed, the Atuel Canyon at the north and basalt plateau of La Payunia to the south.

In the plains the climate is dry and temperate continental with significant temperature fluctuations throughout the whole year.

In winter the mountain range acts as a climatic barrier that keeps out moisture from the Pacific Ocean and determines the low humidity of the environment. The winds blow across the mountain but to lose moisture become dry and cold, with average temperatures below 8 ° C, occasional night frosts and low rainfall.

As one ascends into the foothills and mountains, temperatures fall further and are accompanied by snow, whose fall is intensified from May to September, thus promoting winter sports.

Summer, however, is hot and humid with average temperatures above 25°C. The winds of the Atlantic, due to distance, originate the characteristics storms of the desert, heavy, concentrated in space and time, which are mainly produced in the period from December to February. With the arrival of the first heat and the subsequent thaw, the river that irrigate the extensive cultivation increase their riverbed, supply water to cities and create the ideal setting for water and adventure sports.

Every season has its particularity but in general, the climate in Mendoza is known for its sunshine.

Zonda wind: originates in the South Pacific Ocean, and to cross the mountain loses its moisture, arriving as dry wind to the Andean provinces. When descending, it warms up, up to arrive in the region as a hot wind dry, sweltering, with temperatures that can exceed 40°C. The wind Zonda is manifested most strongly in the months of August and September.