You are here: Mendoza » Sin categoría » Currency and language 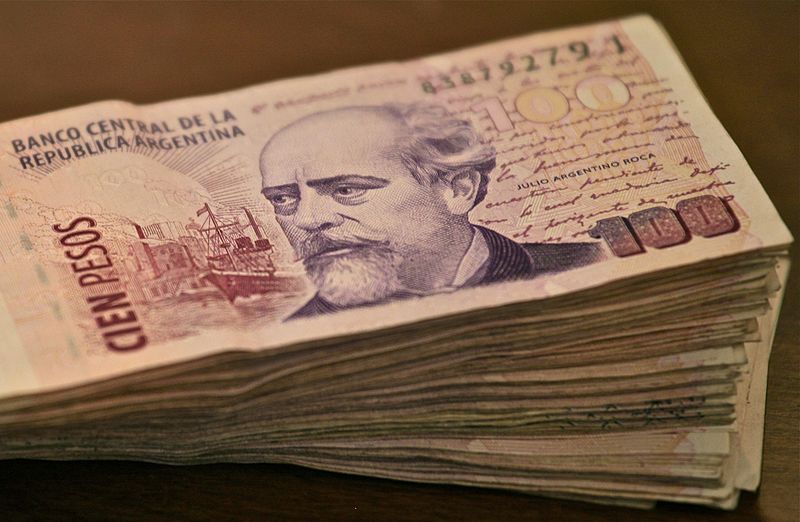 The only currency used in Mendoza is the Argentine Peso.
Currencies: $ 1 coins are bimetal, gold and silver. The $ 0.50 are golden. The $ 0.25, $ 0.10 can be gold or silver.
Papel Money: These bills are the only pesos that are in circulation. All have the same size and are stamped face of an Argentine hero. See the photo above to recognize them.

In recent years, due to various changes in the economic measures by the government, the dollar (and the foreign currencies in general) have been immersed in a land of constant instability and confusion that led to the creation of various denominations to the international currency. Although you will find various denominations as a real estate dollar, card dollar, tourist dollar and many more, these only affect transactions by residents of the country, so if you are a tourist from abroad who want to travel to Mendoza, you only have to consider these two denominations:
Official dollar: Quote assigned to the value assigned by the Central Bank of Argentina. This value applies in official exchange houses and banks.
Informal or Blue dollar: is the price you get in the parallel market, therefore, is illegal.

For the safety of people and run a reliable and transparent transaction, we definitely recommend going to the exchange houses or banks.
Due to the instability of the currency exchange operations is advisable to make small amounts. Thus, holding cash is used also for use in shops.
Due to the variability of the dollar it is advisable to stay permanently informed on the price of it during your stay. Browsing these sites you can reduce the risks of a possible scam in stores:

Warning about informal bids: If the travel the streets from downtown and mainly pedestrian, is very likely to be found again and again with people offering the sale of foreign exchange. For this, they are popularly known as “trees”, those who advocate insurmountable deals to entice the customer. While it is true that in many cases the value offered is higher than the official and beneficial to the demandant, the risk involved is very high because the circumstantial user is exposed to any type of scam. From since this mechanism is strongly discouraged.

Another way to get insurance money, is to use ATMs that are located throughout the city, ussing your credit card. In this case, the value will be the official exchange rate in effect at the time of the transaction. Note that you will be charged a fee for each withdrawal. As any international travel, be sure to tell your bank that you will use the card in another country before leaving.
Some of the most common banks in Mendoza are: Banco de la Nación Argentina, HSBC, Citibank and Supervielle. Remember to remove your card before leaving the cashier, since most retains the same during the transaction and returns once the same finished.

Some restaurants, hotels, malls, among others, have the particularity to receive a better rate if you pay with cash dollars, the value of which closely resembles the informal dollar.
If instead, you choose to pay by credit card or debit card before using it, check not only the exchange rate to be applied, but see if you are paying an extra fee for doing so (often usually incorporates 10% in the transaction) and be sure to carry a copy of your passport proving identity. The original leave it in the hotel.

Foreign tourists can benefit asking for the refund of IVA (VAT) for purchases of domestically produced goods equal or greater than $ 70 (seventy pesos) made in the country.
For more information see www.afip.gob.ar/turismo/

The official language of Argentina is the Castilian (Spanish). The most distinctive feature is the use of “vos” instead of “tú” for the informal treatment, and the use of “che” to talk to another person (being a sign of intimacy).

English and Portuguese are spoken by most of the people involved in tourist activities. The Italian can be understood without major difficulties.