You are here: Mendoza » Sin categoría » History and religion 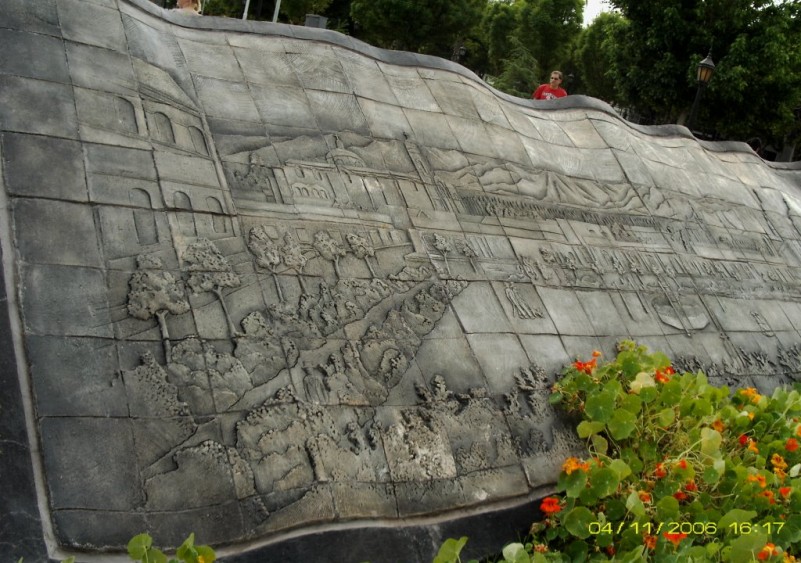 The first settlement occurred in 1561, being Pedro del Castillo the capitán who founded the same naming of the governor of Chile at that moment, García Hurtado de Mendoza.

The conquest began the disintegration of the indigenous world. The central valley of the current territory of Mendoza was occupied by various groups of farmers that had previously been dominated by the Incas, whom the Spaniards called generically huarpes. Furthermore, in the south circulated a group of hunter gatherers called pehuelches.

In the beginning, the province was part of the Viceroyalty of Peru whose administration had base in Chile, but later, with the formation of the Viceroyalty of Rio de La Plata, in 1776, it became part of it with whom already had strong ties cultural and economic. The Andes became a political border from that point.

Originally, the basis of Mendoza’s economy rested on a rudimentary viticulture (whose surplus production was shipped in barrels and on mules to Tucuman and Buenos Aires) and the silver mines of Uspallata.

In 1782, the Viceroyalty of the Río de la Plata was divided in 8 governorates so the Cuyo region became part of the Municipality of Córdoba del Tucumán.

On 29 November 1813 the quartermaster government of Cuyo was created, being separated from the previous one (Municipality of Córdoba del Tucumán), composed of the subdivisions in San Luis, Mendoza and San Juan.

In 1861 a terrible earthquake destroyed the city. But fortunately, in 1863 it was rebuilt following the principles of European urbanism designed to minimize the effects of a possible tremor and facilitate evacuation if necessary.

In 1871 the department of Las Heras was founded. In 1884, Junin department was separated into two and born a new department, Rivadavia and the Santa Rosa was also created.

In 1885 came the first convoy train from Buenos Aires, which began to settle in Mendoza Italian and Spanish immigrants who make up the breed of winemakers and olive growers and developed the territory. A modern viticulture added oil exploitation, another pillar of Mendoza’s economy.
The San Rafael department was established in 1903 and General Alvear in 1914. In 1950, finally, the Malargüe department was created with a proper jurisdiction.

According to the National Constitution, throughout Argentina, governing freedom of religion, however, the State recognizes a different legal system to the Catholic Church, who should support it financially and is comparable to a body of non-state public law. But it does not submit to raise Roman Catholicism to the official religion status.

There are countless posibilities to tour sites and traces of various stages in the religious life of different faiths offered by the province of Mendoza. Mendoza scenarios contain churches, temples, synagogues and mosques distributed in the mountains, deserts, urban oasis and field landscape. Artistic and architectural demonstrations, where religious art, icons, stained glass, imagery, relics, paintings, carvings and filigree, stands. Religious museums and buildings of various styles, from the majestic with large arches, domes, bas-reliefs, columns and towers that are worth visiting.