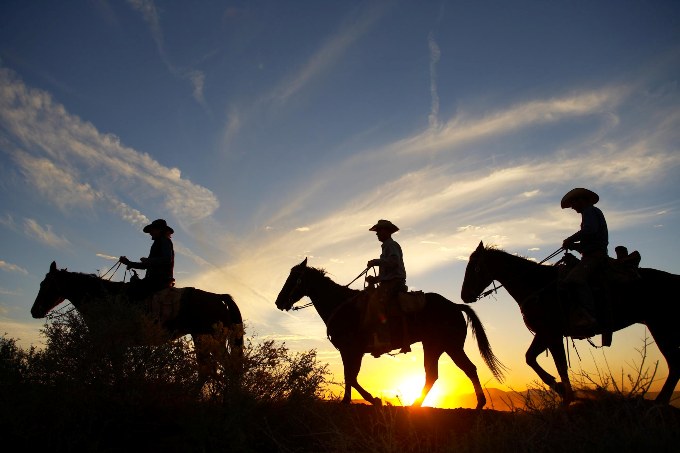 San Martín has a commercial, industrial, cultural and tourism outstanding productive development making it the head city of the Region of Valle Central.

* Adventure Tourism. San Martín offers the possibility of riding horses, panoramic flights and thus observing the largest productive oasis from the air; another possibility is to go riding in a four wheel drive vehicle through the dunes in the north of the department, participating in meetings of motorcyclists and motorists. In 2006 was inaugurated the Speedway Jorge Angel Pena, where every year national races are carried out.

* Religious Tourism. Visit the Oratory of Alto Salvador (1852), the Chapel Nuestra Señora de Belén in the district of Buen Orden (1880), La Capilla de Chapanay, La Inmaculada Concepción de Palmira, or visit the Árbol de la Vida in the District of Chivilcoy. In the city of San Martín, Nuestra Señora del Carmen de Cuyo, Virgen and General of the army of Los Andes as well as Patron of the Department.

* Historic Tourism. Rutas Sanmartinianas. Visit the former ranch and property of General San Martin; observe the various works he pushed forward for the benefit of all people, such as the irrigation systems “Canal de la Patria”, the flour mill and the “Camino de la Patria” (Route 50). This site once was part of the dream of General San Martin to spend his last days as a farmer and as an ordinary neighbour of San Martín.

* Sightseeing and Shopping Tour. Tourists can choose among all the opportunities provided by the Department of San Martín. Check out squares, monuments, quaint buildings, groves and walkways combined with shops in the city of San Martín, or the facilities of the Agnesi City Park next to Greek Theatre, or the Jorge Angel Pena Speedway. In addition, enjoy the casino, pubs, restaurants or bars.

* Monument to General San Martin in the Town Square: It was demarcated in the year 1823, under the request of Governor Pedro Molina, in tribute to the founder neighbour, General Don José de San Martín. In the year of the centenary of the May Revolution, a committee of ladies from the place went to the municipal authorities to request the construction of a monument in memory of San Martín. It remains in the square and consists of a statue of the General on his horse, pointing towards the Andes Mountain.

* Various events allow the visitors to get to know the idiosyncrasies of this eastern department of Mendoza, such as the Fiesta de la Vendimia, the Fin de la Cosecha, the Pisando la Uva in San Martín, Classical Music through the Wine Roads, the General Rock where International bands play, exhibition of antique cars and tuning, encounters of motorcyclists, car races as the TC2000 and the Zonal Cuyana, soccer tournaments, the Wine Marathon, or enjoy a campfire while listening to Cuencas and Tonadas, major folk expressions of the area.