You are here: Mendoza » Evolution of the viticulture in Mendoza through time » Technological advances 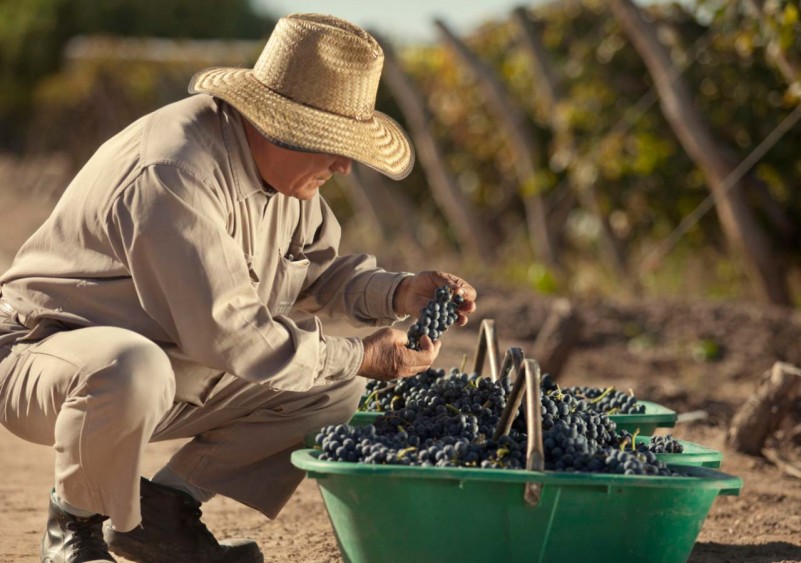 After the war of independence and breaking bonds with Spain, the conditions for overcoming the limits that the city had imposed on the regional economic development were generated, and there was the incorporation of new technology and trade options.
In subsequent years, the level of the wine activity remained at high standards and remained the engine of the economy of Mendoza.

The 1895 census found that there were 15,000 hectares of vineyards and 400 wineries, which produced 28 million litres of wine. In the next 15 years, the number of vineyards and wineries tripled 1100 establishments and 45,000 hectares respectively. In the year of the centennial anniversary, there was the production of 260 million litres of wine. From a quantitative point of view, Mendoza was already a global wine power.

The wine industry established a strong pattern of distribution of land in Mendoza. The vineyards allowed the small properties to open way, based on the intensive work of 1,000 wineries that were producing in the decade of 1910.

The wine industry in Mendoza promoted a model of a greater social and economic democracy, with a bigger number of entrepreneurs and owners of small farms and industries.

Mendoza then emerged as a thoroughly modern province in Argentina, with a dynamic and complex development model, which transformed the province into an emporium of regional development.

From 1910 onwards, the adobe buildings, cane roofs and leather presses were definitely left behind. Henceforth the modern buildings were starting to dominate, with bricks, cement and metal, together with new technologies. These groups, mainly Spaniards and Italians, left their mark on the new Argentine wine industry, era of traditional industry.

The immigrants were responsible for a severe stroke to the identity of the Argentine wine. Rather than developing a product with its own characteristics, they worked to reproduce the paradigms of the European winemaking. When getting a wine of good quality, they would call it with the European geographical designations of origin, such as Bordeaux and Burgundy for the reds and Chablis for the whites. The European immigrants, owners of the Argentine wine industry, were unable to develop wines with an Argentine identity.

The action of the immigrants aiming at poisoning the identity of the Argentine wines, using names of European origins, was harshly questioned by the Mendocinos intellectuals in the 1960’s, mainly by Francisco Oreglia and Benito Marianetti.

The approach Oreglia pointed directly to the problem of the identity. Mendoza could make high quality wines, but they would inexorably be different from the Europeans. In addition, Marianetti, a prominent lawyer of the local forum, historian, essayist and a main leader of the socialist from the interior of the country in the twentieth century, supported this position, and explained the tendency of the winemakers as follows:
If we produce a good red wine, we do not say “red wine from La Consulta or Lulunta”.

According to the interpretation of Marianetti, the use of names of European origins was the result of a cultural process, rooted in the minds of the wine businessmen, the vast majority of whom were immigrants or the children of immigrants.

The identity of the Argentine wine industry was intoxicated with European names, imposed by the immigrants. This trend was strengthened because the Europeans did not prepare wines in Argentina for the international market, but for the domestic market, which was the only thing they were interested in and which gave them great political battles.