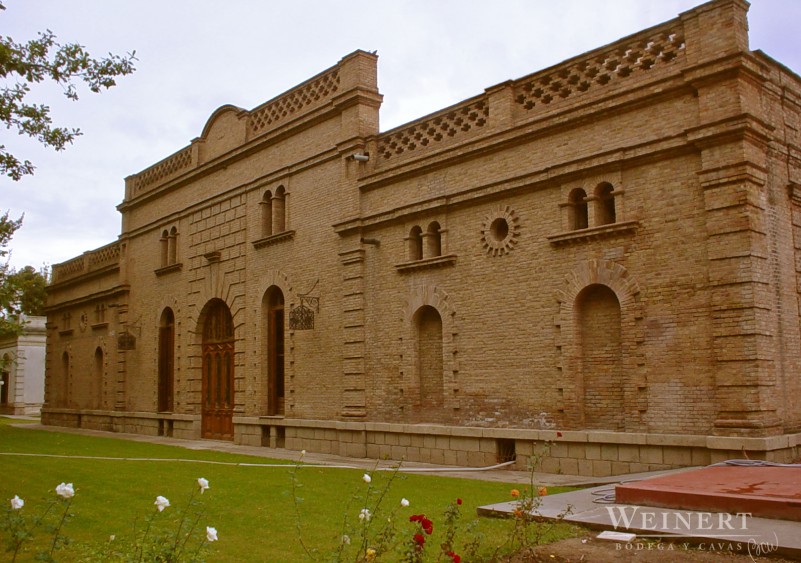 Founded in 1975, is located in Lujan de Cuyo, where the high quality wines are born in Argentina.
Don Bernardo C. Weinert, founder and owner, could be defined as an entrepreneur. Born in a small German colony in the South of Brazil, started his business trajectory with international transport in South America. Fascinated by the world of wine, he decided to build his own winery in Argentina with an unquestioning philosophy: produce high quality wines.
Before embarking in this venture, he made an extensive study about Mendoza: its weather, soil, vines; and he found in Luján de Cuyo the ideal place for his enterprise. After a hard work of restoration in the building bought in 1974, he brought the latest technology in wine making at that time and joined the best oenologists. At that moment, everybody thought he was crazy, but the time has showed he was right. After his first commercial harvest in 1976, in 1977 he produced Weinert Malbec Estrella 1977 a wine mentioned by prestigious wine experts around the world.