You are here: Mendoza » Sin categoría » City of Children Festival 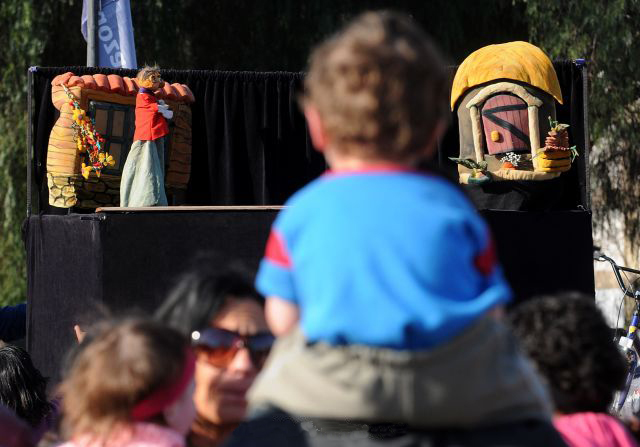 The City of Children Festival is held every year during the month of June in Mendoza. The town is full of color and laughter to the activities carried out both in public spaces in the city center and in the neighborhoods. The event runs through much of the month and consists of groups of clowns, puppets, music, circus, street band and magic shows. Every year casts and proposals, both local and from other provinces are presented.

The grid of activities is endless. It begins with plays performed in municipal areas such as Teatro Quintanilla or the Nave Cultural. Both include puppet shows and circus theater, musical comedy and clown. Children’s music performances and film screenings for children, including animation and films from around the world are also performed.

It also takes place the children’s book fair”The magic of reading”, in which you can attend to sale and exhibition of books, story readings, storytellers, painting and artistic expression is done. Renowned writers visiting the fair. A planetarium also recreates inside the tent at the fair where you can learn about the universe and its mysteries. Admission to both events is free.

Another interesting feature of this cycle is that it is also done in the neighborhoods of Mendoza to bring children closer to the theater and the arts, just little steps from their homes. As part of the cycle the International Puppet Festival “The Cuyanito” takes place, with the participation of theater groups from around the world.