You are here: Mendoza » » Dalvian Circuit (May) 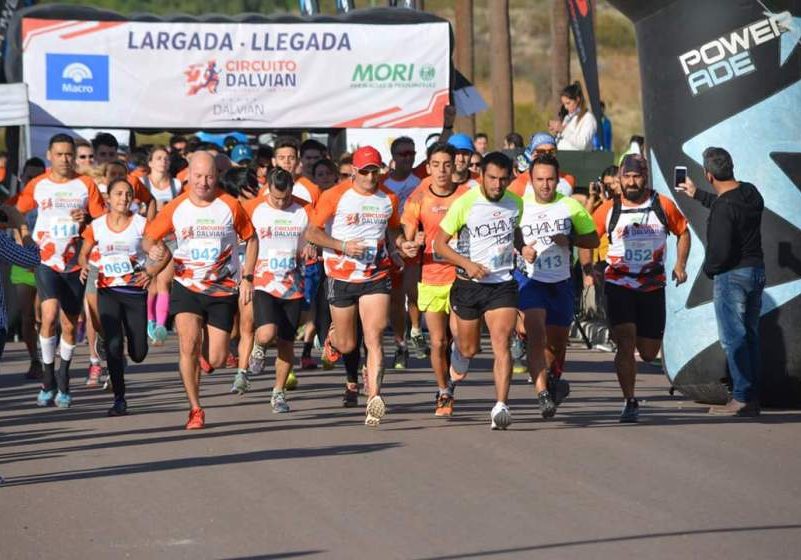 Circuito Dalvian is a running competition, organized by Alto Running Team, a group of physical education professionals, dedicated to offering physical training to improve lifestyle, through Running. It is one of the largest trail groups in the province since it has more than 400 members.
In this opportunity, the circuit takes place in Barrio Dalvian, the most exclusive residential complex in the province and most important in the Argentine west, a place framed by the beauty of the mountain and its landscapes. The participants must cross the Mendoza pedemonte, passing through the hills San Felipe, Herradura and Cristo del Dalvian, to finally return and arrive (except kids), to the Challao roundabout.
In this way, the race includes a 21K circuit which goes up to Cerro de la Gloria and descends along Boulogne Sur Mer street, then ascends to Champagnat street.
The 10k go around the University city and the 6k return from the Challao to Lomas Plaza Comercial. The timing is taken by the modern chip system.
Finally, there is wine tasting, stands with meals and DJs. The kids who participate in the competition receive a healthy and rich snack upon arrival.
NOTE: Carrera del Vino (April), Dalvian Circuit (May), Circuito del Oeste (September), Circuito Gimenez Riili (November) and Night Circuit Villavicencio / Uspallata (December) are marathons that make up the same championship. All athletes participating in the races add 1 (one) point at least, for the sole fact of participating, regardless of their classification. The winner will be selected from the sum of points he has reached by participating in at least three of these marathons. At the end of the championship, in the month of December, will be awarded with Cups to the top 10 in the general classification of each gender and cash in the top 3 classified in the general of each gender as well.