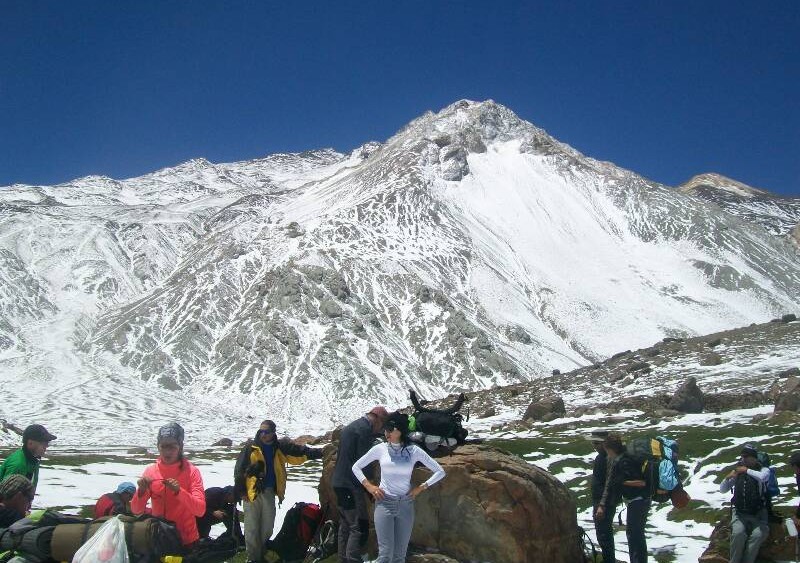 – High Mountain. This circuit begins in the Sierra Pintada, a multicolour mountainous area located 33 kilometres from San Rafael. Then, going towards south, there is the Cuesta de los Terneros, which reaches a peak altitude of 1000 metres above the sea level, where in its summit there is a natural window that shows the San Rafael Oasis.
Another tourist attraction in this area is the monument to San Francisco de Asís, built by the Franciscan Order, in honour of its founder.

– El Sosneado. It is 142 kilometres from the head city of San Rafael. It has a rustic nature that invites you to do mountain activities, mountain biking, horseback riding, trekking.
Through a consolidated dirt road and bordering the Atuel River, you will be able to get to places of singular beauty such as the Laguna del Sosneado, which is good for snorkelling and fishing, the Cueva del Indio, testimony of previous cultures, the ruins of a famous Thermal Hotel with outdoors thermal water pools, which used to have effective healing properties.

– Volcán Overo. This inactive volcano reaches 4629 metres above the sea level, and is located in the Andes Mountain range; with its exceptional beauty, it invites you to practice altitude mountaineering.

– Laguna del Atuel. It is a lagoon fed by defrosting waters from the Andes Mountains which gives origin to the Atuel River. In its environs there are the facilities of a sulphur mine, which was abandoned in 1976.

– Salinas del Diamante. This vast territory of 2500 hectares, dedicates 1000 of them to the commercial production of salt.