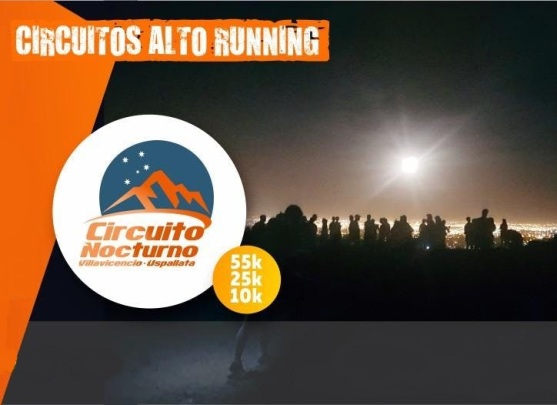 During the month of December the fifth and last date of the Circuit organized by Alto Running takes place. On this occasion, the Villavicencio-Uspallata Night Circuit, of which about 100 athletes participate in a challenge that begins on Friday night and ends in the early hours of Saturday.
This trail running Mendoza offers to compete in 10K, 20K, 30K, 40K and 55K, with a tour of the historic Provincial Route 52 that presents rebellious stones, treacherous wells and some gravel, between the emblematic Gran Hotel Villavicencio (1750 masl), the homonymous reserve, and the facilities of the Mountain Artillery Group (GAM) 8 of Uspallata (2030 masl). The starting point is at approximately 1,700 meters above sea level; At 25.5K, at the famous Cross of Paramillos, the highest point of the route, the 2,900 masl are passed and at the point of arrival it descends to 2,000 masl. As you can see, the circuit is very demanding because the ascent predominates over the descent.
In turn, the physical and psychological obstacles proposed by the route are preceded by the ecstasy that causes nighttime jogging in a wonderful area full of natural and historical wealth.
Is that it is priceless to run or jog through the foothills with a fully starry sky, under the effects of the captivating aroma of its native flora and the ecstatic symphony of its nocturnal sounds, at times only challenging nature.
Not to mention the sensations caused by the mysteries that surround the silhouettes of the numerous historical sites proposed by the path of the “365 curves”, as it is called Provincial Route 52. Among them, curiosity is awakened by even the most indifferent the geological formation “El Balcón”, the stone square of the “Old Telegraph”, the “Cross of Paramillos”, the “Reminder of the Crossing of the Army of the Andes”, the ruins of the “Mina de Paramillos”, the “Put Agua de la Zorra”, the “Reminder of the Gaucho Cubillos” or the Tunduqueral hill, which is passed along the side in the last stretch of the crossing, shortly before reaching Uspallata.
In conclusion, it is a fascinating journey that constitutes a luxury training for athletes to test their skills for important challenges such as ultra marathons or mountain marathons. Therefore, despite being a participative and non-competitive event, athletes must be very prepared and willing to give everything to reach the proposed goal. It is also a test of self-sufficiency, meaning that each one must bring their equipment and food necessary to complete the challenge. The organizers only provide the hydration every 10K and supervise during the tour that everything goes well to attend to any unforeseen event.
NOTE: Carrera del Vino (April), Dalvian Circuit (May), Circuito del Oeste (September), Circuito Gimenez Riili (November) and Night Circuit Villavicencio / Uspallata (December) are marathons that make up the same championship. All athletes participating in the races add 1 (one) point at least, for the sole fact of participating, regardless of their classification. The winner will be selected from the sum of points he has reached by participating in at least three of these marathons. At the end of the championship, in the month of December, Cups will be awarded to the top 10 in the general classification of each genre and with cash to the top 3 classified in the general of each gender as well.