You are here: Mendoza » Evolution of the viticulture in Mendoza through time » Economic crisis of 1930 and 1970 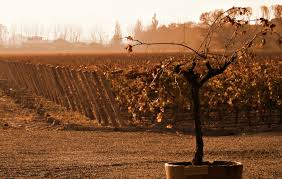 Just as in the nineteenth century, the dictatorship of Rosas seriously deteriorated the conditions for the regional economic development and prompted a strong retraction of the wine industry in Mendoza; in the twentieth century, there were also similar problems.

The great global economic depression was the context for the wine industry crisis suffered in the 1930’s. This created problems of accumulation and vertical drop of stock prices in the domestic market. The natural consequence was the sharp decrease in the consumption of all kinds of goods, including wine. As a result, the wineries had no ability to sell their stock, and nor had the capacity to store, so they had to throw the wine away.

The impact of the great depression, led the consumption per capita of wine to fall from 62 litres in 1926 to 32.8 in 1932. This prompted a reduction in the production of wine, which went from 6 million hectolitres in 1929 to one third of a million in 1932, twenty times less than before the crisis. The companies continued going bankrupt, unemployment grew and the wine went on running down the drainage.

A new role of the State was to start developing active policies as a regulator of the wine industry. A national law created the regulating board of wines, a technical agency that, for the first time, started registering yearly the statistics of production of grapes and wines throughout the country. Through this board, the State hired specialized professionals to handle the mission of collecting detailed information on the progress of the industry and could propose measures to end the crisis. The State decided to intervene in the markets and started to buy wine and vineyards of poor quality and thus reduce the surplus. In 1942 the price of the grapes was already at a high level again, the acreage of vines started to rise again to regain the level of 100,000 hectares. The following year were produced over 8 million hectolitres of wine, reaching a historical record.

To complement the measures of the State intervention in the following decade two steps further were taken:

In 1954, the Peronist government ordered the nationalization of the country’s largest winery, Giol. This allowed the market to be regulated and a support price for the grape was established.

Later in 1959, the National Institute of Viticulture was established. This agency would complete and deepen the auditing tasks of the regulating board of wine.

In the 1970’s, the second major crisis of the wine industry in Mendoza began, in the twentieth century, which marked a definitive break with the current model. The consumers started switching to other products such as beer and soft drinks. The demand for common wine fell vertically from 90 litres per capita in 1970 to 83 in 1976 and 55 in 1991. Most large wineries, which had dominated the industry for nearly a century collapsed. True cathedrals of wine, such as Gargantini, Tomba and Arizu were in ruins, broken and abandoned. Mendoza plunged into an acute crisis, with its main industry disoriented.