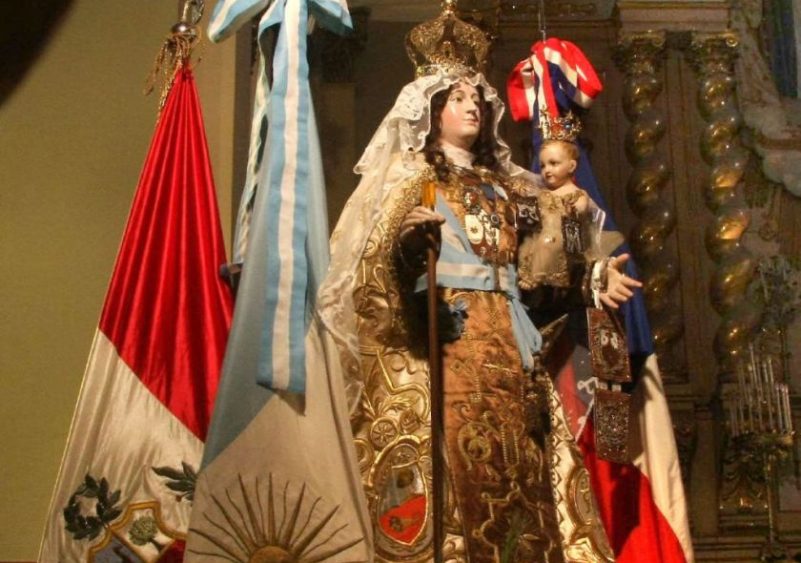 From the year 1814, San Martin will make the peaceful inhabitants of Cuyo heroic soldiers who forge freedom and they need a Mother to protect them and give meaning to so much sacrifice. Everyone knows the profound devotion that the Liberator professed to the Virgin and that made him name her Generala of his Army. So much importance was given to the subject that he decided with his staff: the devotion to the Virgin of Carmen was deeply rooted in Cuyo and almost all soldiers wore his scapular, so it was she who had preference. Then, in the brilliant ceremony of January 5, 1817, San Martin gives him his baton, names it Generala, and also blesses the Flag of the Andes, greeted by targets and the band with boxes and bugles, while breaking a salvo. of twenty-one guns, before the army of great gala and all the town of Mendoza.

The Feast of the Virgen del Carmen de Cuyo is celebrated every year in the town of Rivadavia in the homonymous district, province of Mendoza. The date runs through the months of July and August, after the first half of July, September 8 being the day commemorating the Virgen del Carmen, Patroness and Generala of the Army of the Andes.

The celebration includes the main mass in the La Verde Chapel, but first the procession of gauchos takes place from the Traditionalist Center to the chapel, carrying the Sacred Image of the Virgin.
The festivities are held on September 8 in the Department of Rivadavia.
The activity is free.