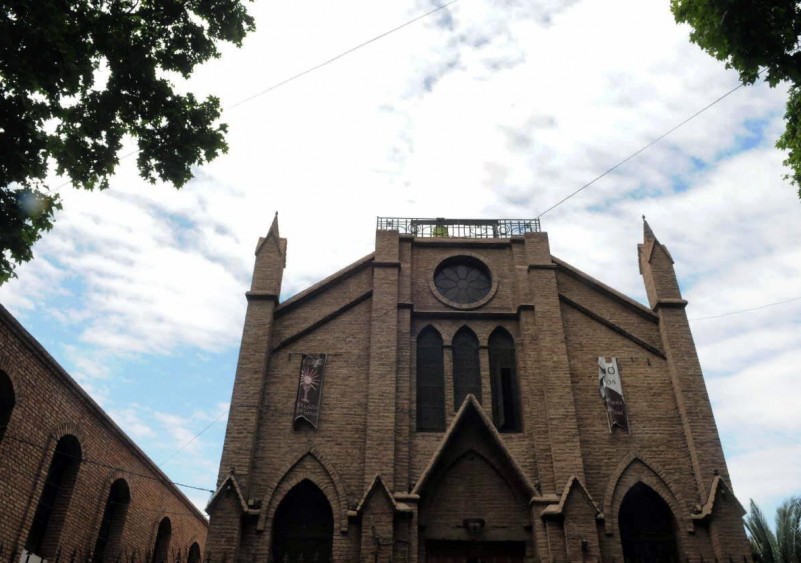 There are a health center, a police station and eight schools.
The Bioceánico corridor – formed by the National Route 7 and the Provincial Route 40 – along with the Costanera Avenue are routes of Inter-departmental connection.
The district has primary routes, from the north to the south: Remedios Escalada, Dorrego; from the west to the east: Adolfo Calle, Berutti. The secondary routes are from the east to the west: Lamadrid, Moldes and Alsina.

The history of the district dates back to the time of the Huarpes, when the present Dorrego was denominated Peipolota and Amancat, and had belonged to the Esteve Cacique. There prior to the foundation of Mendoza, the Pelectay Cacique had settled with his wife Estepe and their son Guaymaré, who came from the Carrob Woods of Yopacto. When the City of Mendoza was founded, this region firstly became responsibility of the Captain Alonso de Carvajal y Campofrío. However, having to leave to Chile, the captain transferred the administration to the Captain Alonso de Reinoso, whose dominions were confirmed by the Chief Commanders of Chile Don Rodrigo de Quiroga and after Don Alonso Sotomayor. In those documents there was stated that the possession coincided with the vineyard and the mill of the Captain Alonso de Videla, and there used to resided the Guaymaré Cacique, according to what is claimed in a 1596 document. Those lands were called then the Infiernillo (little hell). Because there used to be furnaces with permanent fires, in which bricks, roofing tiles and clay pitchers were cooked – these lands form what is nowadays the Dorrego District. In its South limit, it was a district until 1985, with the name of Francisco de Laprida because in that region the battle of Pillar happened, where the illustrious congressman Narciso Laprida from San Juan disappeared; Domingo F. Sarmiento was also in that battle but he was able to escaped by hiding.

It is limited in the north by the street Correa Saa, in the south by the East Access Avenue, in the east by Mitre Street and in the west by Costanera Avenue.
With an area of 2.09 square kilometres and a population of 11640 inhabitants, its population density is 5569 inhabitants per square kilometre.
There are nine schools, a police station and a hospital.
Since the beginning of the year 1900, this district has been considered the head of the department. The growth of the constructed area can be tracked back to the 20s. During the decades of 60-70, the constructions of the South Region were renewed. The bus terminal, as well as the green areas that surround it, were built and the terminal was denominated “Terminal del Sol”. The district has urban characteristics mainly; the commerce and housing constitute the main activities there.
The Costanera Avenue and the East Access Avenue are fast circulation routes, and they connect different departments. The District has an important road network, composed by four primary arteries that cross it from the west to the east: Correa Saa, O’Brien, Godoy Cruz, and Bandera de los Andes. From the north to the south: Alberti and Mitre Street. The secondary arteries are Saavedra, Santa Maria de Oro, Francisco de la Reta and Las Heras.