You are here: Mendoza » » The Portillo-Aconcagua Origin (March) 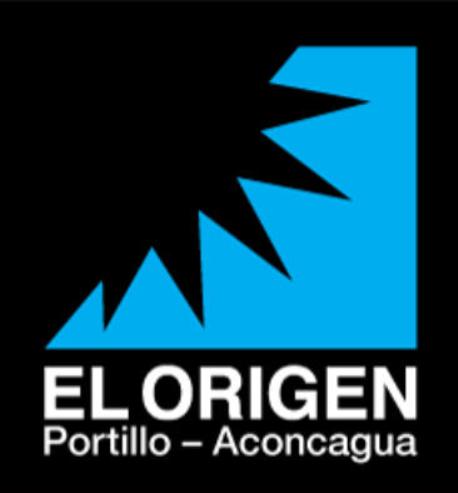 TMX , one of the most prestigious companies in Argentina specializing in the organization of sporting events throughout the pia, since 2008 has presented this incredible proposal consisting of a race of three consecutive days of running through the places Most imposing of the Andes Mountain Range ; that travels unimaginable paths between Argentina and Chile, as only El Origen can do it.
The base of the organization is located in Portillo , where, in addition to the traditional camp, multiple accommodation options are offered that allow the classic spirit of camaraderie of El Origen to be created, as the participants not only enjoy a fraternal career, which brings together more than 600 runners, among them many Brazilians and Chileans as well as Mexicans, Venezuelans and Uruguayans, eager to know this part of the Andes with climate, terrain and landscapes completely different from the usual ones; but also a place of meeting, of talks, of sharing moments and experiences with other runners, that are given from the start to the end, creating bonds of those that -being born in the mountain- do not dissolve with time.
The Portillo area is located two hours from Santiago de Chile and barely 6 kilometers from the Paso de los Libertadores, the border with Argentina. It is the first ski center in South America, with a mountain resort installed in the region of Valparaíso, 2,680 meters above sea level, at the foot of the Aconcagua Mountain, the highest in South America, with 6962 meters above the sea level, which witnesses the passage of the participants, who will visit each of the most iconic places in the area.
The race consists of three distances and two modes: 100 and 50K, pairs or individual. However, in the last editions, the organizers included the distance EO30, ideal for those who are starting out in this type of races, trying distances and lighter altimetry, in an area where they will find a rather arid, stony ground , crossing rivers, valleys, edges, mallines, mule trails, bridges and railroad tracks.
The circuit starts the first day with the north wall facing the front, to visit during the initial day the Aconcagua Park, the El Durazno Bridge in the Horcones area, the Puente del Inca, the Quebrada de Vargas, the cemetery of the Andinistas, the Grajales Refuge, the Cerro Penitentes to reach 3,650 meters above sea level, passing kilometer 20 of a day of almost 37k.
The next day, stage 2 begins in Las Cuevas, on the Argentine side, along a path that will be a shortcut to the famous snails that make up the border route. On one edge you reach the Christ the Redeemer, reaching the maximum height of 4,006 meters above sea level at kilometer 5; from there to reach the port of Bermejo where they connect with the railroad tracks, the one that linked the Andes with Mendoza and stopped working definitively in 1984. That infrastructure work that crosses between the middle of the mountains is used as a route for the runners Competitors are diverted to the Plateau Refuge by a path of curves and countercurves.
The third day also has spectacular places to discover. Starting from the old train station, where a path will always be taken from one side and the other from the Juncal River, until the arrival to the Andean Juncal Park and its refuge, a private protected area composed of glaciers, wetlands, estuaries and a large variety of flora and fauna very particular, declared in 2010 as a Ramsar site, the first and only in the Central Andes, for the conservation of the biodiversity of its wetland. After the passage of the shelter Thousand stars, a ruin of stone without cover from where they can appreciate the hills of the Juncal Glacier, the return begins, to close this journey of three days and thousand landscapes that will be difficult to forget.
Running with the Aconcagua hill in front or back, reach the Christ Redentor border point at almost 4,000 meters above sea level, see from above the Inca Lagoon and descend to it with that almost turquoise blue as a reflection, the Puente del Inca , step on the tunnels of the old Trasandino Train, cross trails that seem to be the Moon, reach the Andean Juncal Park, a sudden ascent, a precipice, a suspension bridge, a stream, a bit of stone, a bit of earth, some grass , the sun always accompanied … Smile. Look at the sky and smile. Point it out Cry. Shout. To laugh out loud. Kiss the ground. Stop. Everything is permitted. Because when you get there, to the highest place, where the landscape can not be better, with emotions on the surface, when fatigue fades and only one remains with the world, anything goes. There, in that place, is where the effort is justified. The place where the question “Who sent me to be here?” Has a response