You are here: Mendoza » Its Oases » The Mendocinean East (English) 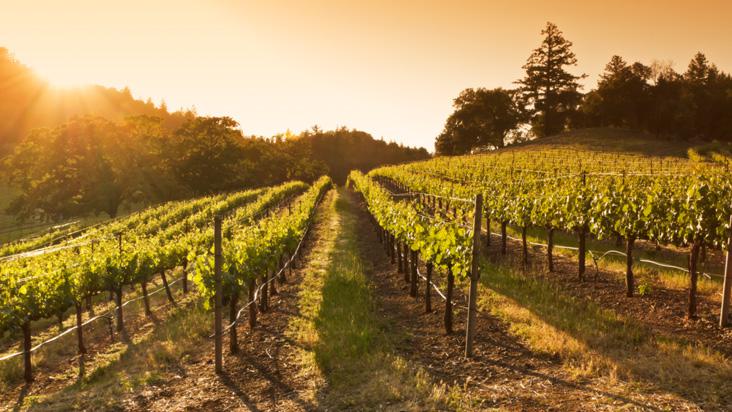 It is formed by the departments of San Martín, Junín, Santa Rosa, La Paz and Rivadavia, and represents the largest wine region in the country, with around 70 thousand hectares dedicated to this activity. In addition, it presents other activities such as olive groves, fruit orchards and beekeeping.

It is a plateau that receives water from the Tunuyán River and part from the Mendoza River. Its viticulture from the plains is between 750 metres in the higher elevations, and 650 metres above the sea level.

The region has a warm temperate climate, and has a regimen of more than 2,200 hours of sunshine during the period of 210 days favourable for the development of vegetation, which allows the optimum ripening ration of the cultivated varieties. It has strongly marked thermal amplitude throughout the year. Its soils are franc-sand and sand-silt, rich in potassium. There are some areas of saline soils as well.

In the extensive vineyards, the predominant varieties are Criolla Grande, Pink Muscatel, Cherry (rosé), Pedro Ximenez, Ugni Blanc and Chenin Blanc (White); Malbec, Bonarda, Tempranillo, Sangiovese, Barbera, Merlot and Syrah (reds).
In recent years, the region has shown a remarkable progress in the management of crops, irrigation systematization, and the incorporation of technology in all processes.

The wine industry is bound to the tourism development as the the East of the province gathers much of the San Martín heritage. Another attraction offered by the region is the reservoir area El Carrizal, a place of great beauty suitable for aquatic sports and fishing.