You are here: Mendoza » Sin categoría » Autumn Festival in Potrerillos 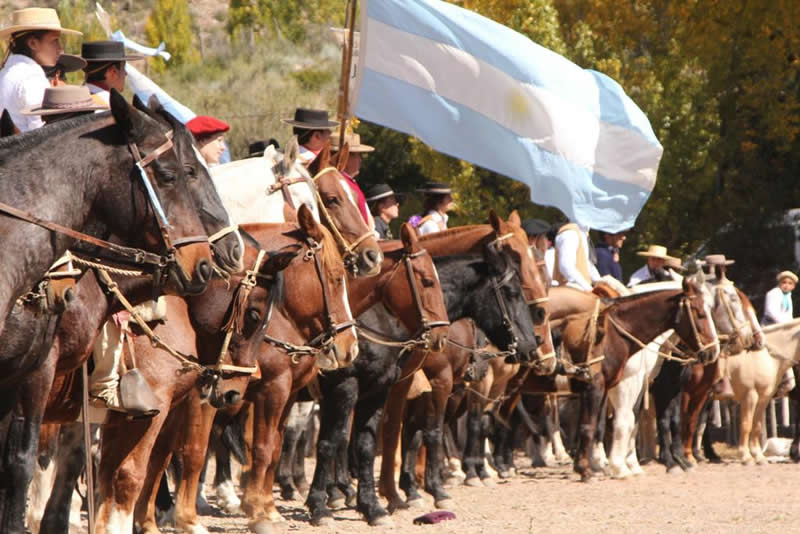 The Autumn Festival in Potrerillos is celebrated during the month of May in the town, in the province of Mendoza. It is a celebration in which you can not miss the Creole activities and honors the arrival of autumn, season traditionally receives in the province singing a verse of the song dedicated to his arrival “it is not the same autumn in Mendoza” .

The celebration consists of a gaucho opening parade with more than 50 gauchos dressed in typical, along with a variety of Creole skills and artistic performances, inspired by the song cuyano clothes. The festival is also made with local foods like sopaipillas and meat loaf, and musical performances are framed in genres like folklore, Andean music and popular. In terms of skills, including foals jineteadas of herds, which are the main attraction of the party.

The festival seeks to rescue the national customs jackets to keep in force throughout the years. In addition to the actual gaucho activities draws are held, through which participating partygoers horse, accommodations all payments and tables of food. The Festival is usually performed by the Traditionalist Center El Salto in conjunction with the Municipality of Lujan de Cuyo.

It is also possible site of a tourist stand, representing the Department of Tourism, providing information to visitors about visits to wineries, museums and other attractions offered by the department.