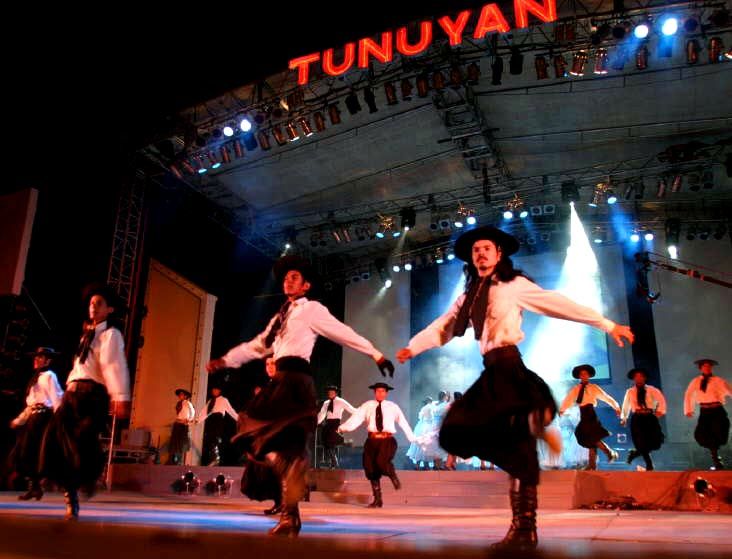 The National Tune Festival takes place in Tunuyan during the first week of February. The town is located in the southern part of the province of Mendoza, and every year receives hundreds of visitors who come to the festival to honor the music and the Cuyo tradition. The event has more than 33 editions and concretized held since 1972.

Usually, during the first days you choose to Departmental Harvest Queen, who then compete with other departmental candidates in the National Harvest Festival. The Festival Tonada has a great importance for the province and with the Vintage is one of the major events in the country. The main attractions are the folk and regional shows.

The rocks are usually free admission, and a simultaneous Traditional Food Court, where you can sample regional delicacies of all kinds is installed. Comedy shows, folklore and karaoke contests are held, and the artists who occupy the scenario are not only regional: with the presence of musicians of national stature and great track record.

The young, the children and the greater scenario: During the days of shows three scenarios operating simultaneously installed. A recreational and adventure for children, with free activities park is also located. Within the food court there is capacity for more than 40 fast food outlets and several ranches regional foods, and as a bonus you can visit a craft ride.