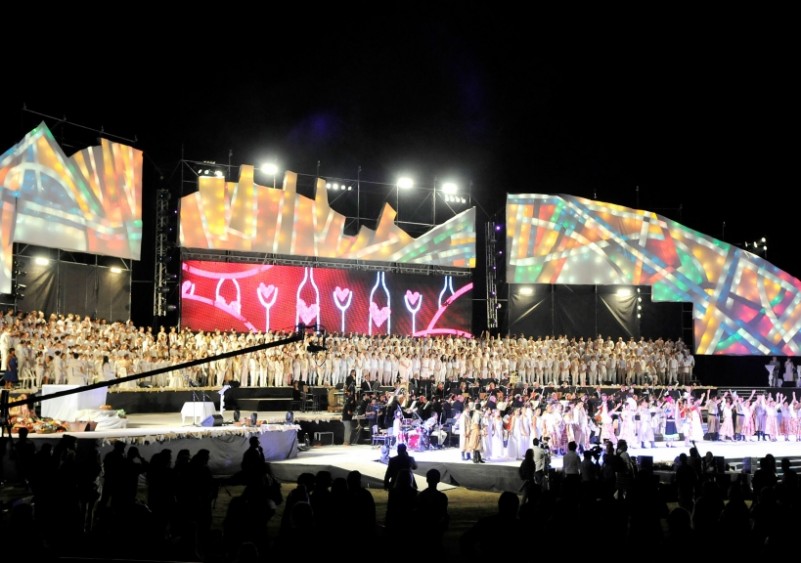 At the beginning of the festival a traditional gaucho riding is done by groups that carry the Virgin of Miracles to the site of Salto de las Rosas. Usually, the festivities last four full days, and during all the days artists and musical performances are presented. Creole skills, consisting of tame and herds jineteadas by local and guest riders also take place. A space to display, tasting and purchase of regional wines is also dedicated.

Complements the activities a food court with typical Creole food such as pies, cakes, roasted, flame and goat meat mass, in addition to the classic ribs. Music shows include dancing, with the participation of dance academies and local artists seeking to show their work and promote their productions.

In recent years Handicraft Exhibition and Trade Fair including an indoor venue where artisans, farmers and small businesses who want to display and market their products are located is added. They are also installed in an area outside the concession, agribusiness, services and intermediary bodies