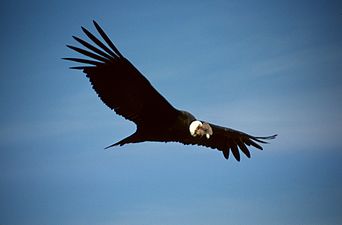 FLORA
Many plant species of Las Heras are characteristic of a mountain landscape. In the saline soils there are examples of Algarrobo dulce, in addition to shrubs of the genus Atriplex, Suaeda, Cyclolopsis Genistoides (Palo Azul), Larrea and a great amount of cactus.
In the foothills of the Andes Front Range appear shrub formations of Jarillal (with Jarilla species such as Larrea cuneifolia and Larrea divaricata). In the west of the city of Las Heras predominates the garabato (Acacia forcatispina).

FAUNA
Some of the Mountain animals that can be found in the Department of Las Heras are:
• Arthropods: scorpions, spiders and horsefly.
• Reptiles: lizards and false yarará.
• Birds: caracaras and condors.

HYDROGRAPHY
The Department is bounded in the south by the Mendoza River, which separates it from the Department of Luján de Cuyo. This is the main channel of Las Heras. On the other hand, there is a vast network of rivers and streams that come out of the Andes in the Departmental territory and end up in the main river. The entire flow of Mendoza is used for consumption, irrigation and energy production.