You are here: Mendoza » Department Maipú » Celebrations and events – Maipú 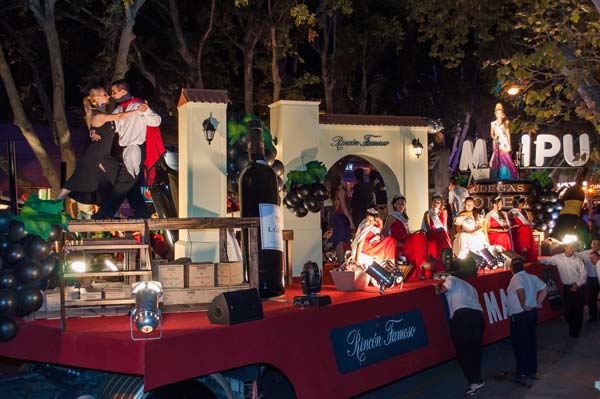 – Wine Harvest Festival
It is performed in the second half of January, with events in the previous week with art exhibitions, blessing of the trees, and election of the County Queen, who will compete against the other Departamental Queens, in the National Harvest Party, which is on the first week of March, for the National Cetre.

– Feast of the Olive Orchards and the Olive, is a party in which the idea is to containing different aspects and that it make it possible to extend the content of it into one or two months, that’s why it is divided into different categories: religious tourism, historical heritage, artistic, gastronomic, academic, business and social. It culminates with the election of the Queen of the Olive and a Folklore Festival.

– Fiesta de la Juventud, it takes place in the week of September 21, where thousands of young people have an unusual display of imagination and joy.

– Fiesta de la Mermelada Casera, it takes place in the month of March in the town of Villa Seca, district of Rodeo del Medio. There come together sweet makers from different parts of the province to exhibit and sell local products. During the day, there are presentations of artists, typical meals and when the acts are over, there is the election of the Queen of the Provincial Jam.