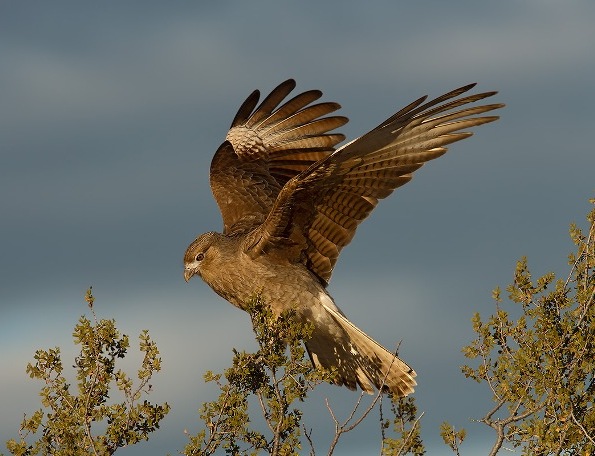 FLORA
In the department of San Rafael all the vegetal types of formation that characterize Mendoza are represented. Thus, there can be found exemplary of native wild plants such as solupe, coirón, cortadera, junco, jarilla, algarrobo dulce, chañar, retamo, piquillín, zampa and pichanilla among many others.
In the Eastern zone of the department the halophytic vegetation predominates, which coexists with the formation of the algarrobal (sweet carob grove). In the Central zone develop the formation of the jarillal and the Huayquerías.
In the Southern part of San Rafael, however, the vegetation corresponding to the formation of the coironal and the solupal appears. In the Andean zone, the vegetation diminishes with the height, therefore, from the 4,000 metres and higher there is very little vegetation.

FAUNA
In San Rafael appear animals species that could represent all the environments of Mendoza, such as foxes, guanacos, suris and ñandúes, numerous species of rodents and reptiles, owls, chimangos, jotes and other birds of prey, quirquinchos, piches and pichiciegos (among other armadillos); and many more.

HYDROGRAPHY
The department of San Rafael is included in the South oasis of Mendoza and has been able to be developed by exploring two important rivers, the Diamante and the Atuel. The great average volume of the first has been estimated in 65 m3/s, whereas the one of the second is around 60 m3/s.

Dams and Water Reservoirs of San Rafael:
The Diamante and Atuel rivers have been able to be explored by means of dams and water reservoirs that favour the water canalization for the artificial irrigation of cultures, the human consumption and the generation of hydroelectric energy as well as for recreational activities.
Among the constructed dams to administer the waters of the Diamante, there can be mentioned Agua del Toro (dam), Los Reyunos (dam), El Tiger (dams), Galileo Vitali (reservoir) and Vidalino (reservoir); while the most outstanding dams of the Atuel are the El Nihuil (dams), Tierras Blancas (reservoir), Aisol (reservoir), Valle Grande (dam) and Rincón del Indio (resevoir).
Of all of them, the dams Agua del Toro and Los Reyunos (in the Diamante river) and El Nihuil and Valle Grande (in the Atuel river) are considered the most important ones.