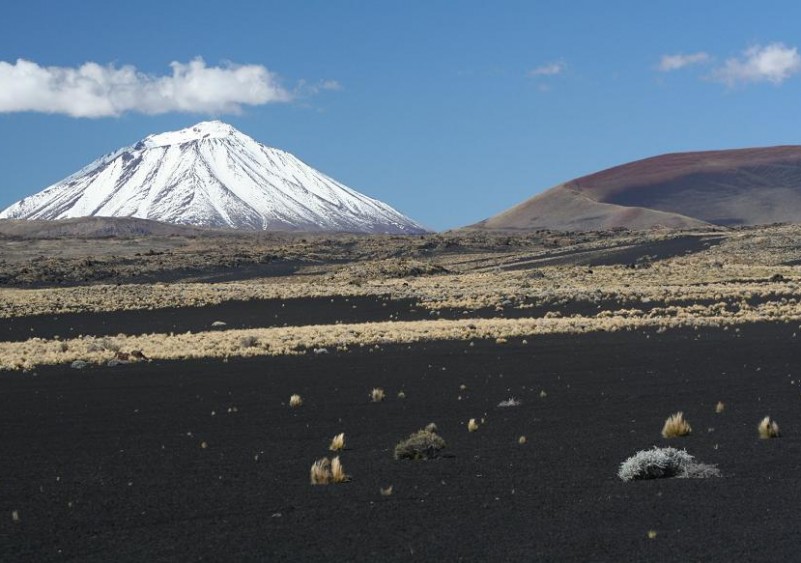 FLORA
In the department there can be identified two plant formations: the steppe (in the east of Malargüe) and the mountains formations (in the west), which occupy the different ranges of the mountains and the Payunia highest summits.
Among the species that can be found in Malargüe there are jarilla, solupe, molle, colimamil, romerillo, vidriera, coirón, etc.; there predominate shrubs. Most of the Malargüe trees represent introduced species that have been cultivated by man, such as the poplar.

HYDROGRAPHY
Rivers of Malargüe: The Malargüe department has a rich hydrography. To begin with, some of its limits are determined by the Rio Colorado (formed from the confluence of the Rios Grande and Barrancas, which are born in the mountains) and the Atuel that, despite being born in the department, is not used in this territory.

River Malargüe:
It is born in the homonym lake; it receives water from several streams, including Chacal, Alamillo, Mocho, Malo and Negro. It irrigates small extensions through the distribution of the water from the Malargüe diverting dam. This river is very deep; it runs through 75 km. and flows to the Llancanelo lake. Its waters are salty and in it there is the practice of pejerreyes and trout fishing. It is also used to produce energy in the Arroyo Minas and Castillos de Pincheira areas.

Laguna Llancanelo:
It is one of the most important wetlands in Cuyo; it is famous for the animal and plant species that live there and the tourist attractions offered.