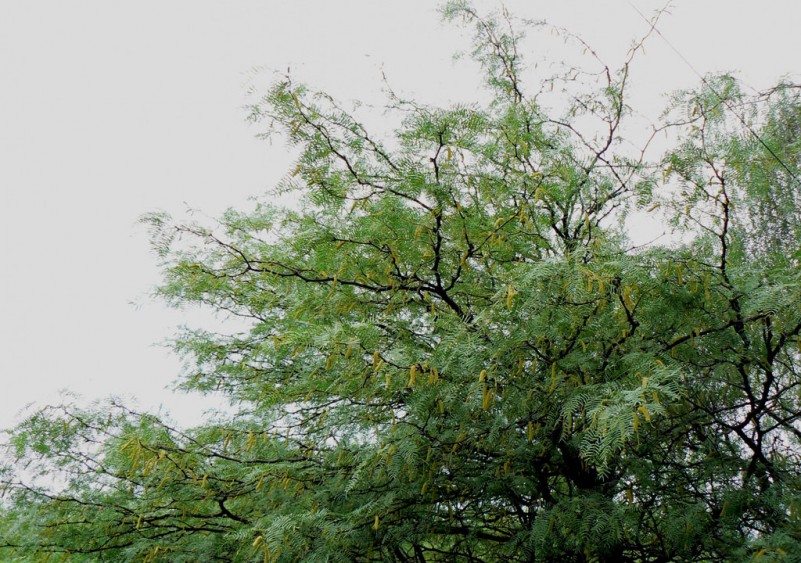 FLORA
The Department of La Paz is included in the phytogeographic province of Monte. There the vegetation tapestry can be differentiated as follows: a trees stratum represented by some specimens of the Algarrobo Dulce (Prosopis flexuosa), which is associated with a shrub stratum with species such as Jarilla (Larrea cuneifolia and Larrea divaricata) and Zampa (Atriplex lampa).
The wind determines the formation of shifting dunes; there are different species of plants, typical from the desert. However, there are also low areas with clay soils and water accumulation, which are peladales (barren areas) or Guadal (bamboo bushes) as a result of the disappearance of the native vegetation.

The Jonquil: It is a kind of grass with cylindrical smooth and long leaves, it has a stout taproot. Currently the jonquil (Sporolobus rigens) is used to make broom sticks. In the province of Mendoza among the broom users there is a widely recognition of the excellent quality of jonquil from the Department of La Paz when compared to the one from the rest of the province.

FAUNA
Some of the animal species found in the Department, adapted the Sub-district, are:
• Mammals such as the mice, weasels, armadillos, pumas, grey foxes and the guinea pigs.
• Birds from humid areas, such as ducks and quails.
• Birds of prey: vultures, eagles, black legged seriemas, falcons, owls.
• Other birds that can be found: humming birds, doves, pigeons, patagonian conures, house wren and others.
• Reptiles, both snakes (coral, yararanata, boas, vipers and false yararas) and lizards, as green lizards and small lizards.

HYDROGRAPHY
In La Paz there is the lower bank of the Tunuyán River, which runs towards the Desaguadero River, but the use of these rivers for agriculture and for the other human activities, excluding the periodic climate changes, causes the channel to stay dry most of the year.

The Desaguadero: The East limit of La Paz with the province of San Luis is determined by the Desaguadero River. This river that in the Department sets the limit is presented as a discontinuous water course that is doomed to disappear permanently due to the aforementioned use in the Andean front.

Wells: Considering the absorption power of the open grazing land, which favours the infiltration of rain, it makes it possible to naturally build up wells in the open. As a result there have appeared small population oasis; in addition, this water is consumed in the Estancias.

The Tunuyán: The dam El Carrizal (Departments of Luján and Rivadavia) captures much of the water from the Tunuyán River; the remaining flow is used by the dam Phillips. This would explain the low utilization of the waters of the Tunuyán within the limits of La Paz. Moreover, the climate is very dry La Paz. For its scarcity, the snow and other precipitations do not give significant contributions to the headwaters of the major rivers in the region and consequently, the river system is poor.