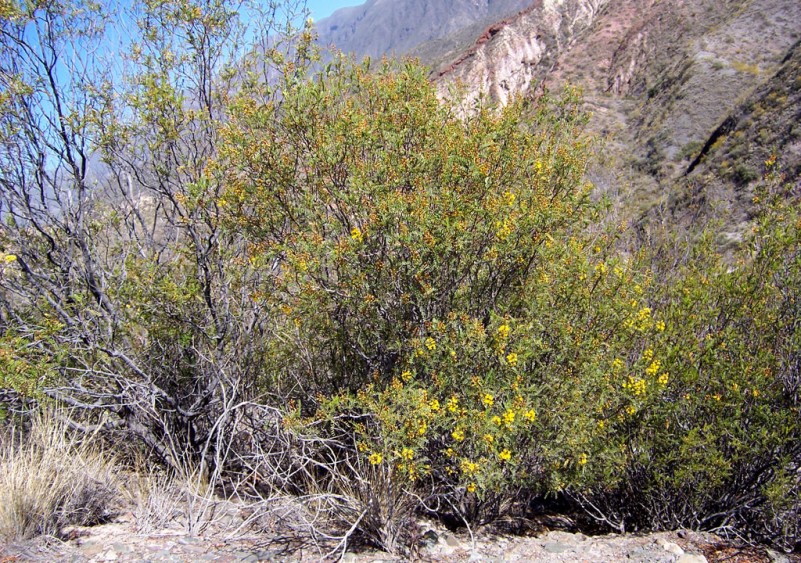 FLORA
The department is part of the phytogeographic province of Monte; therefore it presents a relatively poor vegetation covering. To the east, appears the formation of Algarrobal, characterized by species such as sweet carob, jarilla, zampa, atamisque and hard and dry pastures.
The formation of chañar, on the other hand is located on clay soils and sandy subsoil. At the heart of the region, grow the jarilla, the chañar brea and the retamo. At the height of Huayquerías there are the chañares.
On the banks of the Tunuyán River there are the species that depend on the moisture such as cattails, rushes and Cortadera.

FAUNA
The animal species of Rivadavia are typically Subandino. There are mammals such as weasels, the vizcacha, the puma, different mice, the grey fox, the cuis, and others; the birds include owls, jacks, and caranchos; besides there is a vast diversity of snakes and invertebrates.

HYDROGRAPHY
The Tunuyán River is the only permanent watercourse that runs through Rivadavia, the rest are channels that remain dry for certain periods of the year. Most of these run north and west towards the Tunuyán River and drain into the Huayquerías. Other watercourses run towards the east and disappear in the plains, Llañura de la Travesía.

“The Carrizal” Reservoir:
In the Tunuyán River there is the “El Carrizal” dam, one of the busiest recreation areas of the province and a great attraction for tourists. You can also access the reservoir from the neighbouring department of Luján de Cuyo.
The main objective of “The Carrizal” is to regulate the flow of the Tunuyán River in order to irrigate the largest area of agricultural use and to produce hydroelectric power.