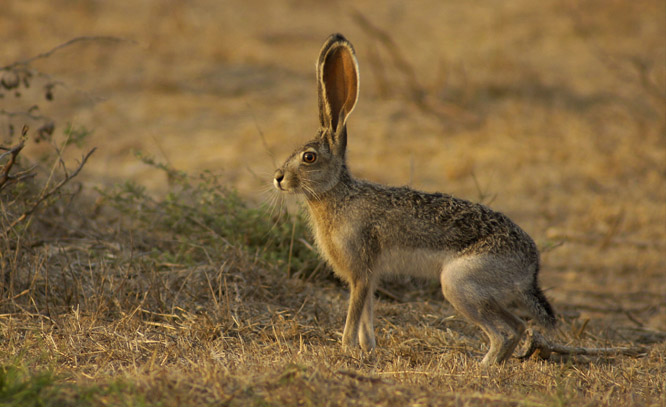 FLORA
In General San Martín hydrophilic (associated with the course of the Mendoza river), halophylic (in the drainage area) and salt marsh (in the north) plant species can be found. The predominant native vegetation is characteristic of the phytogeographic province of Monte: jarilla, junquillos, zampa and juma, among others.
Associated with the Mendoza River, the cortadera and the tamarind thrive; whereas in the moist saline soils, develops the pichana.
There are few specimens of carob, the only survivors of exploited forests for obtaining poles used to shore up vineyards and put up wire fences.

FAUNA
In the non cultivated areas in San Martín there is the presence of native animal species such as vizcachas, peludos, pichis, pichiciegos, foxes and hares. There are also many reptiles and carroñera cuyana birds, as the jote and the caranchos.
In addition, in the populated areas there are several species of wild birds which are used to living with the men, such as horneros, sparrows, calandrias and others.

HYDROGRAPHY
The only permanent watercourse that exists in the department of San Martín is the Mendoza River, which in fact, determines its border with the Department of Maipú.
Moreover, the exploitation of the waters of the Mendoza and Tunuyán has transformed the Department in the prosperous oasis it is today, a future imagined by General San Martín when he ordered the construction of the canals in the former Barriales, in 1814.