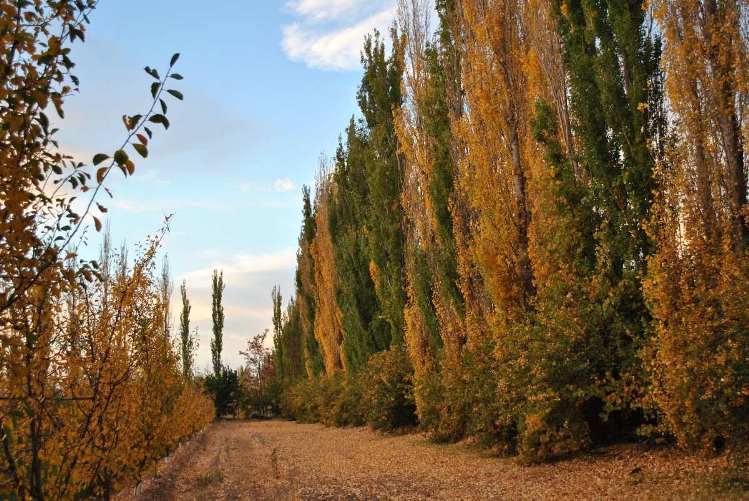 FLORA
General Alvear belongs to the phytogeographic province of Monte, characterized by bushy steppes and remnants of former carob groves. In some areas of saline soils a type of vegetation especially suited to those conditions (halophyte vegetation) has developed.
Considering the vegetation tapestry there can differentiated a tree stratum, represented by the Algarrobo Dulce (Prosopis flexuosa), the Caldén (Prosopis caldenia) and the Algarrobo Negro (Prosopis nigra), a shrub stratum dominated by the Jarilla (Larrea cuneifolia), which includes shrubs as the Piquillín (Condalia microphylla) and the Albaricoque (Ximena american argentinensis) and a herbaceous stratum in which prevail plants such as the Pasto Amargo (Pappophorum caespitosum).

FAUNA
It corresponds to the Monte ecosystem. There species such as maras, pichiciegos, foxes, mountain lions, different kinds of lizards, the lechucitas de las vizcacheras, arachnids and insects, among others can observed.

HIDRPGRAPHY
The Department of Alvear is reached by two of the major rivers of Mendoza, the Atuel and the Diamante. The Diamante River forms the northern boundary of Alvear and drains its water into the Desaguadero-Salado River, which forms the eastern boundary of the Department (where it runs into the Diamante). The Atuel River forms the west boundary of General Alvear, thus the boundaries of the Department are made almost entirely by rivers.
The Atuel and t Diamante irrigate the extensive Alvearense Plain and are responsible for its characteristic fertility, making it possible to cultivate vines and fruit trees successfully.

Dams and Reservoirs:
In general Alvear the irrigation network starts at the “Rincon del Indio” dam (Real Parent-San Rafael), which has 60 m3/s of derivation capacity and a system of regulator levees: The Nihuil (with the reservoir capacity of 260 hm3) and Valle Grande (160 hm3).