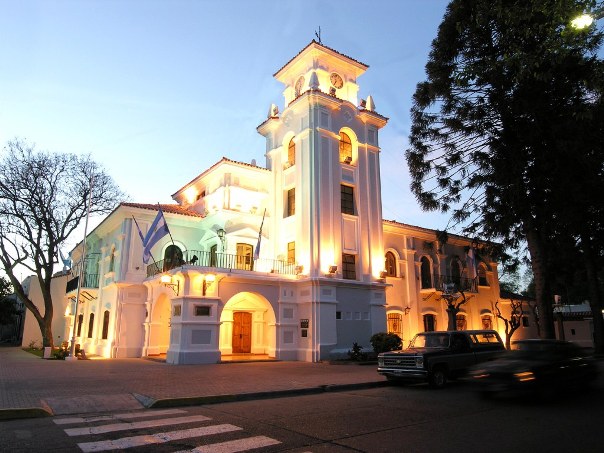 The Department of San Martin is located in the north-eastern sector of the Province of Mendoza, 43 kilometres from the Capital City.
It is bordered in the north by the department of Lavalle, in the south by Junín and Rivadavia, by Santa Rosa in the east and in the west by Maipú.
It lies on a plain with a gentle slope to the east, in what is known as the Llanura de la Travesia.
The climate is arid and semi-arid. The plain is formed by a sedimentary basin filled with layers of sediments carried by the wind and water during the Tertiary and Quaternary.
The two rivers that ply the area, Mendoza and Tunuyán, carry water only in exceptional floods, as their torrents are retained to be used at their higher parts. The temperature ranges from 41 degrees Celsius in the summer to -7 degrees Celsius in the winter, and the precipitations do not reach 200 mm.
Its economy is based in the wine making and vineyards, as well as in the agro industry with the cultivation and industrialization of fruit and vegetables.
It has a privileged location on the major corridor linking Buenos Aires – the capital of Argentina – to Mendoza and Santiago de Chile.