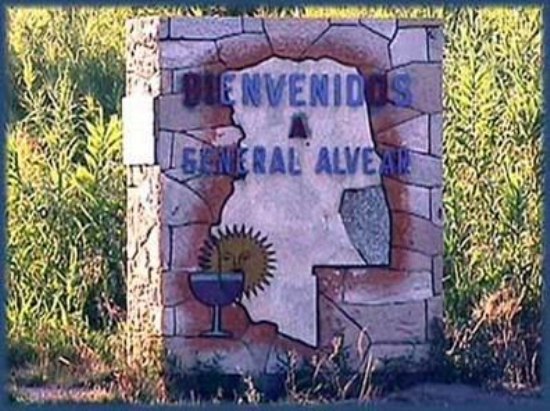 The Department of General Alvear is located southeast of the province of Mendoza, Argentina, 320 kilometres from the capital city of Mendoza.
It is bordered on the south by the province of La Pampa, on the east by the province of San Luis and on the north and west by the Department of San Rafael.
The Department of General Alvear is divided into three districts: City, Bowen and San Pedro del Atuel.
Topographically is a vast plain with characteristics similar to the prairies. Its economy is based primarily in the cultivation of fodder, fruit trees and vines; in the beekeeping, and in the breeding of cattle. In honor of the latter there is the “National Feast of the Animal Husbandry of the Arid Zones” recognized in the Guinness book for its barbecued ribs.
There are several tourist circuits, to admire the natural beauty, the processing and tasting of their production, or the cuisine of the department.