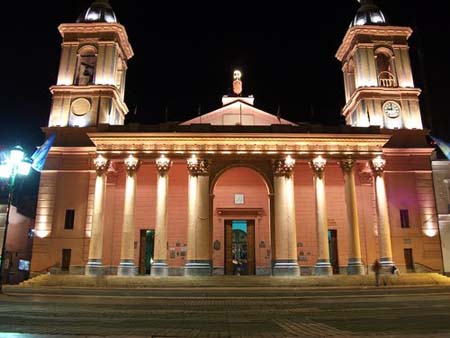 The field of worship forms an outstanding segment of the tourism market in Mendoza.
There are innumerable possibilities to visit sites and vestiges of different stages of the religious life of the different creeds that coexist in this province. However, a very peculiar feature occurs in Mendoza, and that religious tourism proposals do not distinguish differences among all religions professed by the country, because thanks to the existence of the Interreligious Council, one of the few existing in Latin America , is responsible for integrating to these circuits all the proposals offered in the province, among which are Jews, Muslims, Christians, Protestants, of various denominations such as Buddhists, Roman Catholics, Maronites, and Orthodox.
The current trend is the assembly of circuits that include visits to sacred places, knowing their neighborhoods, beliefs, practices and cultural differences between communities, which are part of the great culture characteristic of the place. Places of pilgrimage, mystics, sacred, meditation, great spirituality, and popular demonstrations that are distributed in the mountains, deserts, the city and the countryside. Artistic and architectural manifestations highlighting sacred art, icons, stained glass, imagery, relics, paintings, carvings and filigree. Religious museums and buildings of different styles, from the majestic with large arcades, domes, bas-reliefs, columns, bell towers as well as simple chapels that thrill for their tradition and mysticism. The scenarios of Mendoza are made up of sanctuaries of popular devotion such as churches, cathedrals, chapels, monasteries, convents, synagogues and mosques. Also part of these tours is the possibility of rejoicing in sacred art museums and religious music concerts, held in the liturgical spaces themselves.
In addition, a varied calendar of ecumenical celebrations that we detail in the following entries, are developed throughout the year.