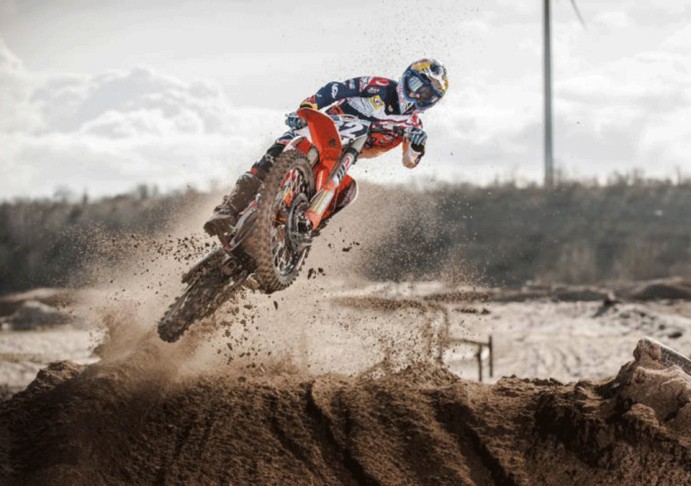 In 1906 motorcyclists ran on dirt roads where they organized friendly competitions. An activity that evolved and in 1924 the first official event was held in Surrey, United Kingdom. The new sport was called motocross, by joining the words “motorcycle” and “cross-country”. At first the bikes used had rigid chassis but by 1930 they began to use suspensions and about 20 years later, they saw the first swingarms with shock absorbers. Throughout the decades the sport has evolved an atrocity until becoming a show of the first magnitude.
Supercross, Freestyle, Big Air and Supermoto are derivations of motocross but each specialty has its differences.

The most notable difference between motocross and enduro is that the latter is practiced in a closed circuit. Regarding the type of vehicle, the motocross tries to show the maximum power and acceleration, so the body is much lighter and do not have the regulatory measures to be able to circulate on public roads. It is a motorcycle racing vehicle with suspensions with greater distance than other types of motorcycles, designed to have more smoothness in large jumps and better stability in arid and difficult terrain (earth, mud, etc). For the same reason, the routes are short (they do not exceed 60 km) and the options are very scarce in Mendoza.