You are here: Mendoza » History of the Vine in the old world » Italy 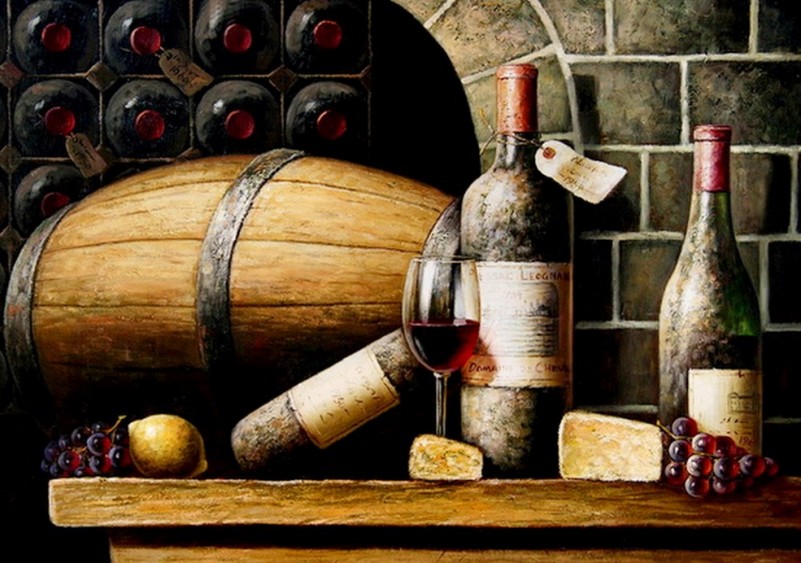 Italy, in 1870 , once achieved the final constitution of his unit, after a relentless accumulation of viscitudes and with an eye on an ambitious future, started the development of its economic resources , mainly agricultural , showing a marked interest by the wine which was one of its most important branches. There were obstacles that paralyzed his development as was the lack of funds and inadequate technical instruction in , still very empirical and routine producers.
Production was far from uniform in quality , in the south of the peninsula and Sicily blend wines and fortified wines like Marsala, the Zucco and Lacryma Christi occurred , in central Italy and the Po Valley , wine table and luxury wines whose reputation had spread across borders as Chianti, the Asti and Barbera and others. Therefore , strengthening the external market should be organized together with the construction of the young nation . That’s when smart public policy programs were developed to manage and develop these issues.
Around 1850 appeared in Piemonte and Liguria mildew epidemic , in the late 70 did phylloxera in Lecce, in Milan and Sicily , this scourge began to advance its destructive cycle from both ends of the peninsula. At the same time , for the first time in Italy, the peronospora looked . These three parasites disastrous effects occurred in a span of thirty years of 600,000 hectares of vineyards ( 2).

Against this backdrop , chambers of commerce provincial initiatives proposed a serious response to the demands of the moment. The most important was the creation of experimental station scientifically help work the vineyards in order to achieve a transcendent developments in viticulture .

The kingdom of Italy, through its Ministry of Agriculture, undertook to develop an intelligent and comprehensive policy support and growth of this activity . To achieve this they began to select their own and introduce some new strains from France and Germany to improve the quality of the vineyards. He also began working on American rootstock to combat the ravages of phylloxera . It was necessary to heal the land and move , applying the advances in science that favored the evolution of agriculture as a Median not only economic development but also as a way to achieve the evolution of individual activities.

Collections of vines in various parts of the territory were implanted and took important study ampelography . The contribution of the Italians in this issue was very important.

The first wine was the School of Conegliano Italy , founded in 1876 in the province of Treviso.
They were later Avellino, in the homonymous province, Alba, in the province of Cuneo , Catania, Sicily and Cagliari in Sardegna . Also thinking about controlling diseases of the vine, were founded the Royal Station ¨ ¨ Plant Pathology Pavia and Rome. This program was supported by experimental state wineries throughout the peninsula , indicating that the changes should contribute to systems development and conservation of wine based on factual evidence .
Scatter Chairs were also organized on the initiative of local and provincial districts and Royals Scatter and Special Chairs for viticulture.
Wine exhibitions were also organized in Switzerland , Belgium , Germany and Argentina .

At this early stage , there appeared two major initiatives : the oenological societies and later social wineries . Therefore, state capital and began to walk a set path.

The Italian wine production increased significantly as well as the quality of the wines and vines .

This is how these policies with very progressive legislation and liberal and with new schools favored instruction, and public and private institutions dedicated to the subject, in forty years the wine and wine industry Italian was modified and became a beacon of knowledge and expertise , which watered both new as other peoples of the continent.

In 1915 , ill winds loom over Europe had started a new war of unpredictable outcomes. In May of that year , Italy to the Central Powers allies to help in the fight against the German dominance also thinking of completing the work of Italian unity releasing the Austrian yoke.
For some years lacked the production of grapes for wine-making winemaking practices making more difficult .

The arrival of immigrants was favored by policies to protect the wine industry.
Planning the country needed people , educators and development. During the government of Rufino Ortega (1870 – 1873) a law requiring payment to an agent to direct immigration in Buenos Aires , was enacted ¨ … the sum of one dollar for every immigrant to Mendoza ¨ .

Thus began , over the centuries the presence of Italians in Mendoza, where ¨ … participated in the development of the wine industry effectively, by building large warehouses , more than other foreigners and the natives themselves , once the initial period has passed ¨ . ¨ importing vines that Italians made ​​their own initiative, must be added the introduction of winemaking techniques and materials used in winemaking and dissemination vocabulary originating laboratory of the peninsula , especially the influence of Italian wine school .

The Italian influence also appears in crops. A new type of Cuyo vineyard begins . It is the famous Venetian parral known in Argentina as parral Pini .

In the early twentieth century , the winemaker Aegisthus Pini begins implantation in Mendoza , hence its name. This long-standing system in Italy , was established in 1882 by brothers Bellussi , Tezze village , near Conegliano.
Strains of this area were supported in the branches of trees, whose tops cast shadow on vines and facilitated attacks peronospora .

Regarding the influence of technology originating Veneto reaching Mendoza , perhaps most emblematic is the despalilladora Garolla ¨ ¨ grinder . This was an invention of Giuseppe Garolla in 1877 . This revolutionary machine was unveiled at the First Technology ¨ Conegliano sign ‘ in 1881 and was incorporated in many of the great wineries of Mendoza .