You are here: Mendoza » Sin categoría » Flowers and Wine Fair 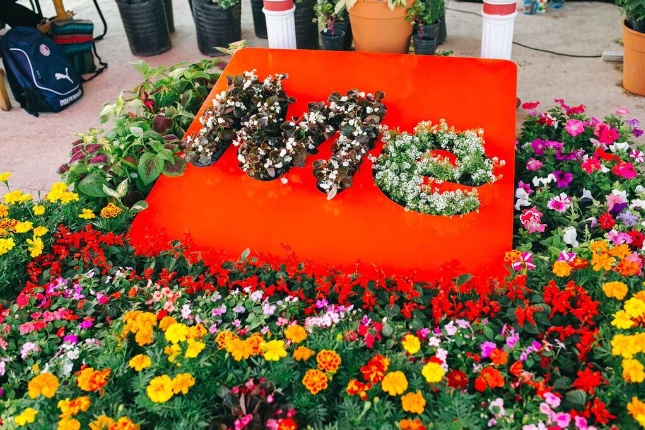 This fair that bears the name of Flowers and Wine began to be implemented in Argentina in 2011, being of European origin. The organization Bodegas Argentina was responsible for making this possible, and thus Argentina became the first country outside Europe to join it. Mendoza hosts this event, held for three consecutive days during the month of November, usually from Friday to Sunday during a weekend of the month.

The schedule ranges from afternoon to evening, and the venue is the site of the Experimental Station of INTA Mendoza, located in the Southern Access and Araoz (Lujan de Cuyo). In the last edition, to join the Municipality of capital was also held at the Cultural Nave. Other organizations involved are Bodegas de Argentina, Faculty of Agricultural Sciences, Association of Nurserymen Mendoza, Maipuflor Association and Cooperative Mendoflor.

The central proposal of the exhibition shows the art of floriculture in all its expressions, since Mendoza is among the largest producers of flowers of western Argentina. It seeks to disseminate the activity of floriculture and viverística in the province, mixing it with another of the main activities of the province of Mendoza winemaking. It is known that wineries give great importance to decorating their gardens and landscaping, making it an ideal mixture of both.

Every year the exhibition brings together more than 3,000 visitors who appreciate cut flowers, dried flowers and plants nurseries activity, while tasting the best wines from Mendoza. Nurserymen made stylish green spaces where saplings, cactus, grasses, aromatic flowers and trees are combined. In addition, renowned local artists painted works of 2 x 1.40 meters which are then auctioned to the public. Also participating artisans with related objects, such as pots painted especially majolica and kokedamas.

The program also has photo contests and artistic performances. Admission is free but it is asked to provide a meal for each person: milk, sugar, oil, coloring books and colors, which will then be donated to non-profit social action. The event, like many others related to wine, is framed in the Wine in Moderation program to promote awareness and moderation with alcohol.