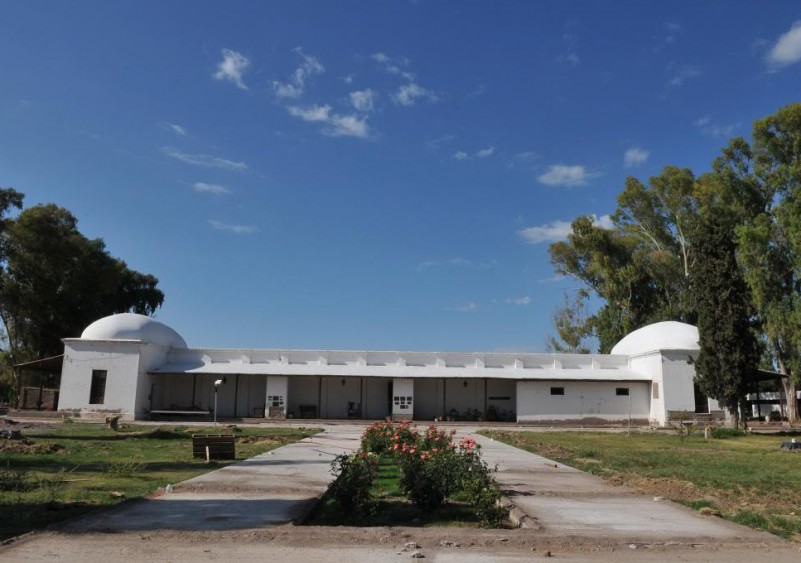 This is a replica of the house of General San Martin where he lived until 1823, on the ground of his old Chacra “THE TEBAIDA”. Today known as Chacra Los Barriales.
In 1976, the goverment of San Martin, was proposed to recover the house from the estate of the Vaults to turn it into a museum. It has two domes and 12 rooms in which you can see objects classified by topic, dedicated to the War of Paraguay, the Desert Campaign, the Folklore, Archaeology, Religious Art and Natural and Humanities Sciences . There are exhibited many elements of agricultural and industrial use in the east of Mendoza. Among his most important pieces stand out the hammock chair of St. Martin, a replica of the flag of the Army of the Andes, Cipolletti furniture belonging to the engineer who first performed the first dam in the mountains, in the department of Luján de Cuyo and different everyday items that belonged to Saturnino Alvarez who first bought the farm in 1872 to Merceditas.
In February 2014, the government of San Martin began the work of remodeling the property and the jobs are currently running.