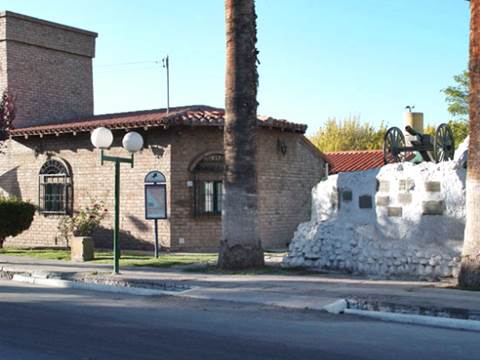 • Fuerte San Carlos:
It is a National Historic site and reflects the San Carlos colonial architecture. It was built in 1772 and formed part of a series of fortresses constructed in the eighteenth century, with the purpose of impeding the progress of indigenous attacks. There can be seen remnants of big adobe bricks and two canon guns from the time. In addition, there is the Municipal Historical Museum of San Carlos.
Location: through Route 40 up to the intersection with Lencinas Street, towards the east (Villa de San Carlos).