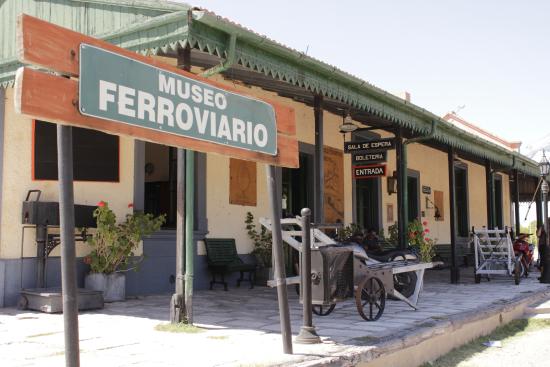 • Biblioteca and Museo de Bellas Artes “Mariano Moreno”.
The library was founded in 1919 and lodges thousands of volumes that have been consulted by generations of San Rafael inhabitants. Every year the Provincial Book Fair “BIBLOS” is organized in October. On the other hand, the Museum of Fine Arts, which is annexed to the latter, exhibits works of numerous artists (among them Castagnino, Victorica, Fader, Spilimbergo, Fornés and Petorutti) and numerous sculptures.
Address: Bernardo de Irigoyen 148, City of San Rafael.

• Museo Municipal de Historia Natural
A inestimable contribution of Dr. Humberto Lagiglia to the people of San Rafael, this complete institution has its own departments of Zoology, Palaeontology, Anthropology, Geology, History and Regional Folklore, in addition to a library and an astronomical observatory.
Location: Isla del Rio Diamante, 7 km from the City of San Rafael.

• Museo Histórico Militar (Cuadro Nacional)
It is the only military museum located in the countryside of Argentina, since the building (dated from 1890 approximately) used to work, in the past, the Command and Administration of the Cuadro Nacional; in addition, it preserves its structure and original façade.
How to arrive: by route 143, in Cuadro Nacional.

• Museo Ferroviario
This institution has been working for few years in the old train station. It consists of 4 rooms; in addition, crafts are produced there to be sold to the visitors.
Address: in the intersection of the streets Rivadavia and San Martin.