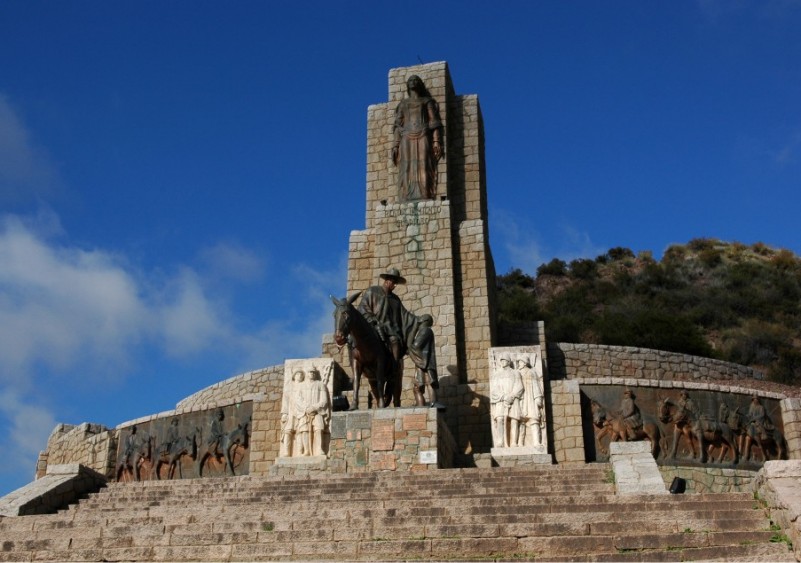 This land was founded by Don Juan Amaro del Campo, who created the Estancia del Totoral, today the current Head village of our Department. The advance of this Hispanic manager facilitated years later, the location of other estates, such as Saraguilla, Ucumale and Machinte.

For the sake of evangelization, since early seventeenth century, the Bishop of Chile Fray Perez de Espinosa got settled in the area and founded the Curato de Uco. Later on, the Jesuits arrived to the Valley creating the estates of Estancia de Jesus Maria and José de Uco.

In the year 1770 the commander Amigorena arrived, a few kilometres further south, and founded the Fort of San Carlos, generating a big boost in the agricultural activities, livestock; putting all estates and farms under the jurisdiction of that Fort.

As early as 1786 the Viceroy Sobremonte informed Spain that Curato de Uco had 412 inhabitants in the year 1778 and achieved recognition for the crossing to Chile by Portillo, a fact that fostered the growth and progress of the valley (Curato de Uco), today Valle de Uco, which is part of our Department.

On August 22, 1880 the Government of Mendoza, issued a decree which established the jurisdiction of La Comisaría sur de Tupungato.

On November 25 the same year, the Legislative Chamber approved the law that turned into a Department the territory allocated to the Comisaría, with the name of Tunuyán and definitively established the Department on November 30, 1880, under the Provincial Government of Don Elias Villanueva, who accepted a donation of 9 acres of land located in the Totoral aimed at the creation of the current City of Tunuyán.

Today the Department is the final destination of many foreigners who fall in love with the good sun, soil and climate of the valley.