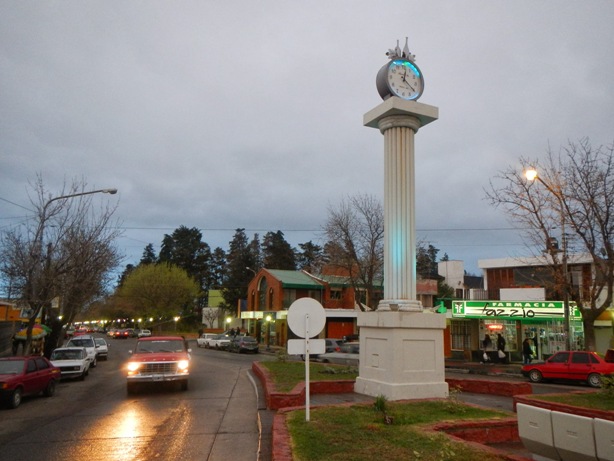 By 1551, arrived Francisco de Villagra to explore these lands that used to be controlled by the Huarpe cacique Uco; Villagra on his return to Chile, reported about the territories covered, and told that they were inhabited by the Huarpes Indians, who had developed a sedentary life; it is to say, who lived and conducted their activities in one place. Such activities used to be divide this way: the women would care for the children, the house, make basketry and weaving, they were also in charge of the storage and preservation of the food; on the other hand, the men would hunt, fish, pick fruits, and vegetables that were cultivated as well as take care of the cattle. This led to the foundation of Mendoza in the year 1561, and consequently Tupungato was founded too, which was incorporated into the General Captaincy of Chile. From that moment on started the distribution of land, which were entrusted to Spanish families, there were include the native Huarpes for their industriousness and docility. The families had the responsibility of educating and protecting them.

Consequently, the village of Valle de Uco was the first advancement southwards.
To achieve the occupation of the new lands, they were distributed along with the natives who were entrusted, in order to develop crops or for the exploitation of mining. In this way it was possible to move forward in the occupation of the new territories and to control the attacks of the more bellicose Aborigines.

Juan Contreras was among the first settlers, whose daughter in 1616, donated land to the Jesuits who settled down in La Arboleda, constituting the first population settlement of the Department. In 1858, there was the foundation of place. From there three Jesuit settlements were organized: Jesus, Maria and José.
In 1770 was founded the Fort San Carlos, which was put under the same jurisdiction.

Between 1815 and 1823, these lands received the visit of the General San Martin five times. One of them was when he returned to his homeland through the Paso del Portillo, stopping over at the Manzano Histórico, where he stayed for a few hours at the Estancia La Estacada, which belonged to Dr. Francisco Correa de Saa, after his interview with Bolivar in Guayaquil.
Some time later, by the decree of November 8, 1858, of the then Governor Juan Cornelio Moyano, the first president of the Province, Tupungato was declared a Department with its base in La Arboleda, and Lemos became its first bequest.

Between that date and 1885, the Department started to be organized having constituted a Civil Registry, a Magistrate’s Court and a Police Station. Ten years later, in 1895 a new organization of the Department was done, with the establishment of the head village, the creation of the Executive Department, providing it with ministries controlled by Don Secundino Gomez (the son), as well as the Deliberating Council.