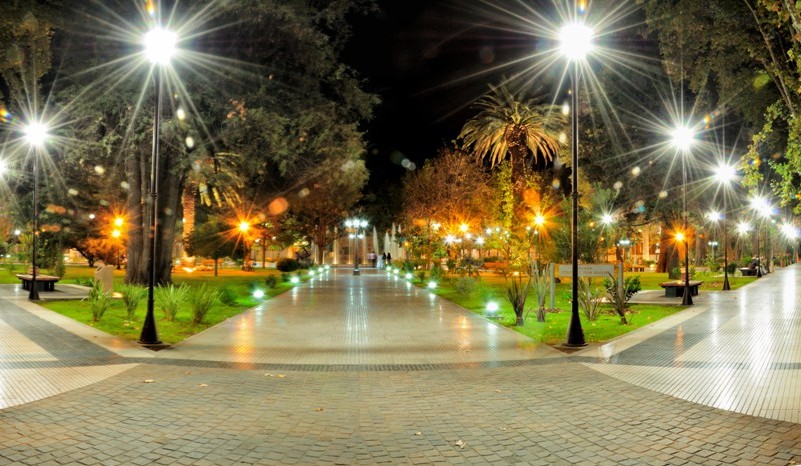 After the institutional organization, Argentina promoted the entrance of the European immigrants, and San Rafael was not an exception in receiving them, especially the French pioneers.
Around 1871, arrived to San Rafael the responsible for the development of urban and economic planning of the department, the French engineer Julio Gerónimo Ballofet; he was as well the promoter of the arrival of the one who would found the French Colony, Rodolfo Iselín.

At the beginning, with the leveling of grounds and the opening of irrigation channels, the cattle activity was promoted, and later the agriculture, which caused this French visionary to bring specialized technicians who organized a field of agricultural experimentation and acclimatization of trees and especially fruit trees.
Those advances caused, in just a short time, an increase in the amount of inhabitants, moreover motivating the opening of new streets and neighbourhoods, and also the construction of the main square, the civil registry, the police building, the cathedral, the first hospital, the school 25 of May; the present school that takes its name has donated the land where at the moment it is the Communal Building.

After that, in the last decades of the century, the Italian immigration complemented substantially the existing French colony, what contributed to that by means of a law, the head village was transferred to the French colony on the 02 of October of 1903, denominating it the Nueva Villa de San Rafael.

At the next month the railroad arrived to San Rafael and along with it the agro-industrial progress. Its production was commercialized in the most important cities of the country. Towards 1930 the appearance of the place changed due to important the road and building works.
The 7 of October of 1922, the New Village of San Rafael was declared City of San Rafael, as it is known these days.