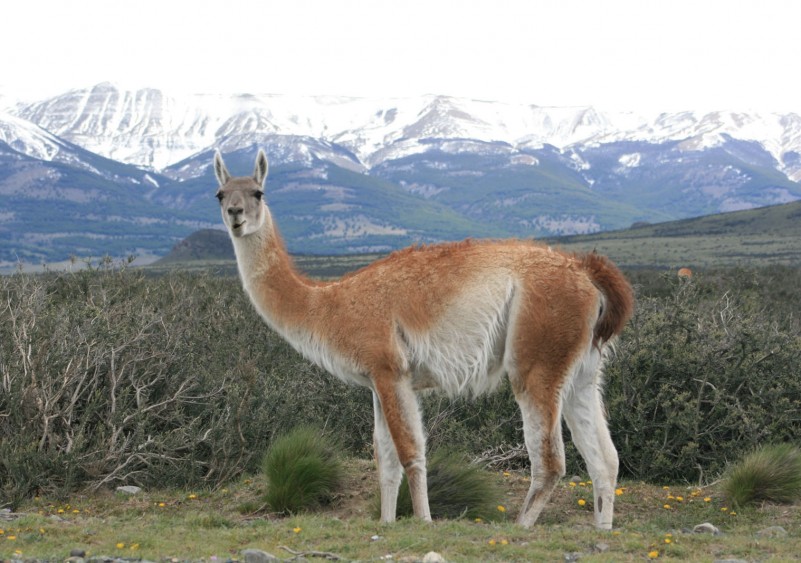 Ñacuñán Reservation is located 180 kilometres southeast of the City of Mendoza, in the department of Santa Rosa. It protects about 12600 hectares of native forest of carob trees. It was declared a preservation area in 1961, being incorporated into the global network of Biosphere reservations (UNESCO) in 1986. Its name derives from the language Pehuenche Neyku-ñan name of the last cacique of Malargüe, an ally of San Martín, which means white eagle, the name with which the country people refer to the common eagle.
The region comprising the reservation sits at la Travesía (plain area) in Tunuyán within the Phyto geographic province of Monte and has many elements from wetlands. A large number of scientists conducting research on the flora, fauna, climate, and soil visit this protected area.
For this reason, it has a biological station and a meteorology station that permanently records data on the rainfalls, temperature and wind. It is interesting to note that Ñacuñán was the first protected area of province of Mendoza, which is currently administered by the Argentine Institute of Arid Zone Research.
The purpose for the creation of this reservation was to protect the carob forest, which has been recovering after an intensive period of logging since the beginning of the 20th century until 1937. This tree was used as a source of wood and coal to supply the railroad and the city. Later on, the livestock breeding posed another impact on the same ecosystem.

The Carob Forest Eco System.
This vegetation grows on sandy and clay soils that determine two very different communities: carobs and jarillales respectively. The first community takes its name from the abundance of carob accompanied by chañares in the arboreal substratum. The shrub substratum is dominated by jarilla, llaullines, verbena áspera, zampa, piquillín and atamisqui. The herbaceous substratum is composed mostly by numerous species of grasses. The jarillales themselves are poorer in the number of species, though sometimes form a very dense grassland of leaf pasture grass.
The fauna is very rich highlighting a wide variety of birds. The abundance of carob determines that there is a large number of species, considering that this tree provides shelter, food and nesting sites. There are gallitos copetones, monterita de collar, yal carbonero (endemic species of the Central Andes), three species of woodpeckers, picapalos, sietecuchillos, diucas, chingolos, calandritas, canasteros. Among the mammals, the most abundant are the cuises, piches and field mice. Other herbivores are vizcachas, maras and the tuco-tuco. There are gray foxes, ferrets, skunks, and wild cats from the mountains and from scrublands.

Characteristics of the plain la Travesía.
La Travesía is a great plain of sediment accumulation; it occupies the north-central and the east areas of the province. It is a large sedimentary basin bounded by faults. Now it presents itself as a smooth and gently sloping regional plain, going from the west to the east, and towards the Desaguadero River, on the border with the province of San Luis. Its flat and homogeneous relief is modelled mainly by the wind, where the wind deposits aged from the Holocene epoch (last 10000 years) tend to spread over the surface because of both the aridity, and the anthropic action.
Broad sectors of the plains are occupied by dune fields, some reaching up to 20 metres high, devoid of vegetation, with a high mobility, and others stabilized (most of them) where the virgin bushes are preserved in the region.
Among the group of dunes, there are pampas or beaches with saltpeter, known as “ramblones”, basins closed by the erosive action of wind, with no vegetation due to the root suffocation caused by the water that sporadically accumulates in these depressions and by the high salt concentration.
The characteristics of the soils are highly dependent on the types of sediment in the sandy dunes, and wetlands, and on the plains sandy wetlands and clay wetlands in the lower sectors and swamps.