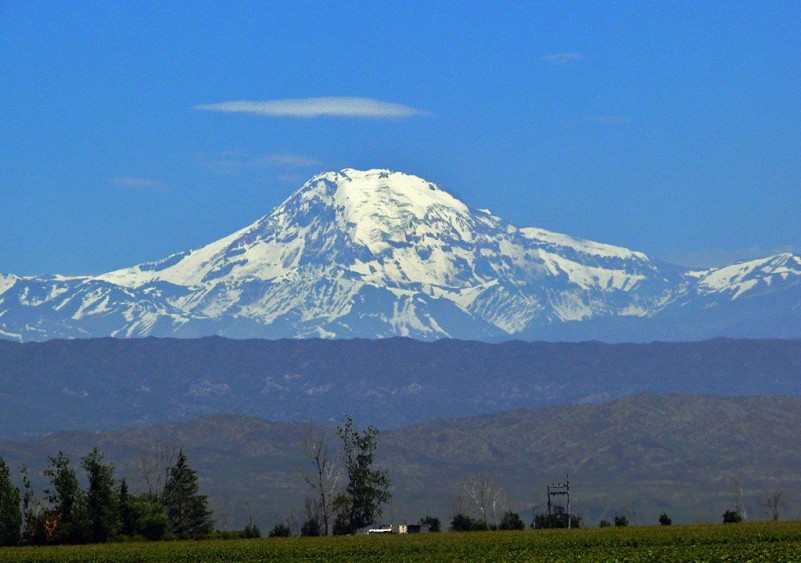 The park is situated 110 kilometres Southwest of the city of Mendoza, being the only reservation shared by two departments: Luján and Tupungato. It was declared a reservation in 1983, comprising approximately 150000 hectares, and protecting an important sector of the central Andes. The main purpose for its creation was to preserve Tupungato Volcano (6,820 metres), with its eternal snow, and unique mountain environments.
The term Tupungato derives from the Quechua language and refers to land that flourishes. It is a continuation of the Aconcagua Park and it has a similar environment. The park rangers’ base is located in the Santa Clara Refuge.

Landscape and Geology
The area encompasses two major structures: the Main Range and the Frontal Range, respectively located West and East of the longitudinal valley of the Tupungato River, which virtually separates them. At the oriental foot of the mountain Cordón del Plata there is an area known as pedemontana (the foothills). The Front Range is connected in its Eastern side to the Main Range, and it to the South of Diamante River. With heights reaching up to 5000 or 6000 metres above sea level, it is a very solid old body penetrated by granitic bodies and other igneous rocks. The Division of the high Andes in Main and Frontal Range, is more geological than biological because all orographic elements are closely interrelated, being separated only by the longitudinal deep valleys of rivers such as Tupungato between the two ridges and the Uspallata valley and between the Frontal and Pre-ridge ranges.
Two major rivers collect the water from the volcanic mass Cerro Tupungato: Northwards the Tupungato River and Southwards the Tunuyán River, in addition, there are the rivers Las Tunas and Anchayuyo, draining the water from the Frontal Range to the Tunuyán River through the plains at the foothills.

The hydrographic network is fed almost exclusively from the melting of ice and snow; a large portion of its flow goes underground in the foothills, and this water creates the supplies of groundwater. This is one of the most important functions of this park, preserve the freshwater sources. The oldest rocks in the region form the crystalline basis (as its name indicates the basis of Pre Cambrian age, which has been folded and heavily modified by pressure and temperature, i.e. metamorphosed). In the region, there are sediments of marine origin and a group of volcanic rocks of more than 300 billion years (belonging to the Paleozoic Era). After that, there is an accumulation of continental and marine sediments (limestone, gypsum) during the Mesozoic Era (210 to 65 million years).
During upper Tertiary (Pliocene) and Quaternary, due to the presence of huge forces linked to the lifting of the Andes, in some places, fractures were made and there appeared some more fragile areas, which favoured the manifestation of volcanic events. Some volcanoes still keep their flattened cone shape, despite their long and advanced destruction by erosive processes. It is notable the presence of glaciers. Since the Quaternary, there has been a series of glacier advances. Like all the mountain regions of the world, this one presents a great variety of forms and formation processes. The high erosion rates and sedimentation are the results of cyclical episodic events over the time.

A complete sequence of volcanic rocks is visible in the Cerro Tupungato. Those rocks form a quite eroded volcanic hill overlaid on a very old plain. At its peak, there are craters, which confirm that the Cerro Tupungato is an ancient extinct volcano, and deeply dismantled, topped by large glaciers. During the Pleistocene, a tongue shaped glacier of more than 26 kilometres long was formed.

The biological richness of Tupungato, “the land that flourishes”
Considering that as an extreme elevation ecosystem and low precipitation rates, it is a harsh climate, therefore the biodiversity is low. However, the plant and animal species that live there are of particular interest, demonstrating remarkable adaptations to life in altitude, and are concentrated towards the lower parts of the park. The reservation is located within the phytogeographic province Altoandina. The vegetation that dominates is the altitude open grasslands of huecú (a sort of grass of the mountain) with limited areas of low scrubs and shrubs such as “yellow firewood” and “goat horn”. In general, the vegetation is adapted to withstand low temperatures, poor and full of minerals soils, snowstorms and wind.

All this is what gives this region its appearance of low and bushy vegetation that grows forming a “cushion”. There are the plains where water accumulates and there grows another kind of vegetation that supports long periods of freezing soil. In the lower foothill areas, the shrub communities are higher and more closed.
The most typical animal species are the condor, the eagle, guanacos, foxes, mountain mice, agachona, standing out a kind of frog and a lizard, both typical of the mountains. The European hares are abundant, being an exotic animal introduced in the region.