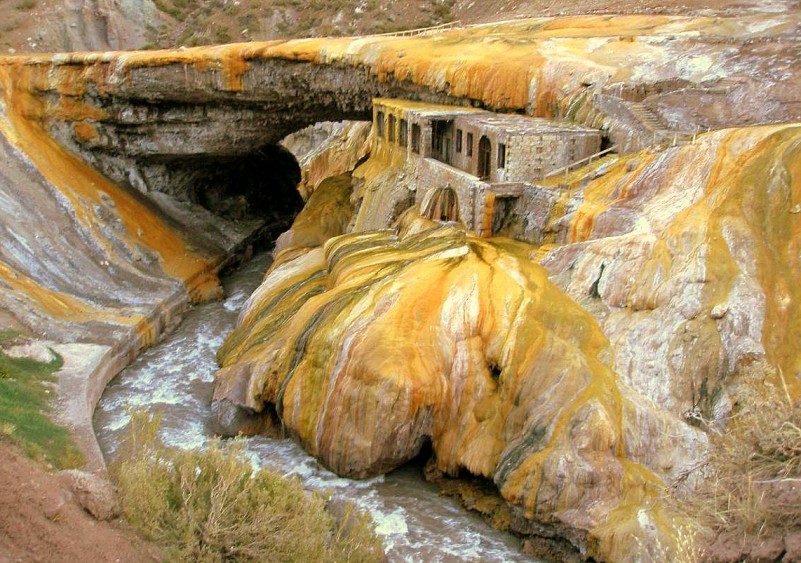 This place of untold beauty lies in Las Heras and is considered a unique geo shape in the world. Due to its particular characteristics, it will not be long to be designated a world heritage site. It is a natural bridge formed by minerals and microbiological organisms such as algae. It is located over the Cuevas River. It has the name of Puente del Inca because it was used by the Incas before the colonization of America. It is believed that thousands of years ago a bridge of ice was formed and that with the subsequent avalanches, the hot springs and time solidified the “construction”.
The survival of this monument depends on the balance between the permanent provision of the hot springs and the bio-mineral components (which give the reddish colour to the Bridge).