You are here: Mendoza » Its Oases » The Mendocinean South (English) 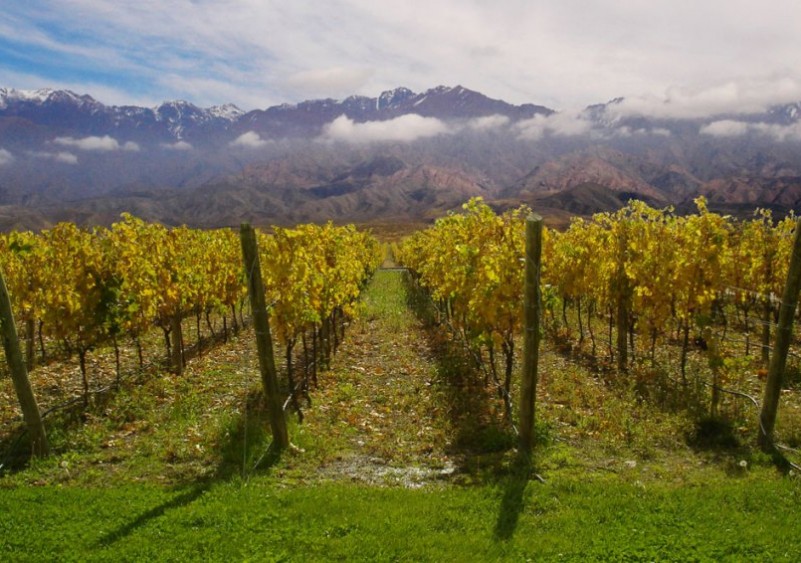 It is located between the 34.5 and 35 degrees south of latitude; it includes the departments of San Rafael and General Alvear, and extends itself on the foothills of the main ridge. It is an oasis irrigated by water from the rivers Atuel and Diamante.
The region descends from the 800 metres above the sea level, in the districts of Las Paredes and Cuadro Nacional (San Rafael), until 450 metres in the district of Carmensa in General Alvear.

There are a total of 22 thousand hectares and approximately 200 wineries. San Rafael is the second department of the province in importance, as far as wine is concerned, with acreage of more than 16 thousand hectares. Along with General Alvear sums up 18 percent of the surface implanted with vineyards in Mendoza.

The characteristics of climate and soil are conducive to the cultivation of all varieties: Malbec, Cabernet Sauvignon, Merlot and recently also Sangiovese, Syrah and Bonarda. The latter is recognized as the most important red strain, with nearly 2,000 hectares. Among the white grapes Chenin Blanc, Semillon and Torrontés stand out, they are also used for sparkling base, in addition to the Chardonnay.

In this region, tourism has acquired a remarkable development. The south of Mendoza is one of the most sought after destinations for the adventure and contact with nature. One of the options is the one that leverages the numerous water reservoirs to practice rafting and kayaking. The place offers, moreover, conditions for trekking, mountain biking and horseback riding. The fishing for rainbow trout is another of the tourist possibilities.

With the growth of Mendoza viticulture, the wine was the reason for the different artistic activities, originating one of the most representative one. A form of art that aims at valuing the chores of the winegrowers, the transformation of the vine in wine, the recognition of the popular work and the origin of the tradition and celebration of people that for a full year care for obtaining this noble product. Therefore, this result gives rise to a festival that as the years go by has been consolidated in the province, in the country and in the world.